IDINA Menzel is one of Broadway’s brightest stars and a famous on-screen actress.

The Frozen star was once married to Broadway co-star Taye Diggs.

Born in New York, New York, in 1971, Idina Menzel is one of America’s most celebrated Broadway performers.

She is also an actress and composer.

Idina is the voice of the hit song Let It Go from Disney’s Frozen and voiced the film’s protagonist, Elsa. 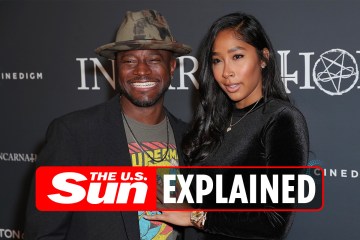 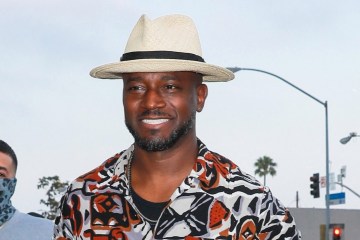 The latter role earned her a Tony Award for Best Actress in a Musical.

She then returned to Broadway as Elizabeth Vaughan in the 2014 musical, If/Then.

She has appeared in television and film, reprising her role in Rent for its 2005 film adaptation.

She is known for her role as Shelby Corcoran on Glee and Nancy Tremaine on Enchanted.

When did the couple divorce?

Taye and Idina met when they both starred in the Broadway musical Rent. They then married in Jamaica in 2003.

The two were married for 10 years before going their separate ways.

They finalized their divorce in 2014.

Do they have children?

The couple have a son together, Walker Nathaniel Diggs, born September 2, 2009.

Walker is an avid athlete and plays both basketball and football.

Their divorce was amicable, and Taye told People after the split, “We were friends initially, but especially when you have a kid in the mix, there’s no time for negativity.” .

“He is our main objective; he’s what’s most important to us, so we’re still here as a family.

Aaron is an American actor and singer known for his roles in Bustin’ Loose, Scooby-Doo and the Ghoul School and Fox’s Peter Pan & the Pirates.

Not all news on the site expresses the point of view of the site, but we transmit this news automatically and translate it through programmatic technology on the site and not from a human editor.
James2022-12-10
24 2 minutes read
Facebook Twitter LinkedIn Tumblr Pinterest Reddit VKontakte Share via Email Print