USA TODAY follows news about COVID-19 as a pair of vaccines join the US fight against a virus that has killed 384,000 Americans since the first reported death in February. Continue to refresh this page for the latest updates regarding the coronavirus, including who receives vaccines from Pfizer and Moderna, as well as other news from the USA TODAY Network. Subscribe to our Coronavirus Watch newsletter for updates directly to your inbox, join our facebook group or scroll through our detailed answers to reader questions for everything you need to know about the coronavirus.

► Coronavirus deaths in the United States reached another one-day high at over 4,300. The total number of coronavirus deaths in the country eclipsed 383,000, according to Johns Hopkins University. It is rapidly approaching the number of Americans killed in World War II, around 405,000. The United States recorded 4,327 deaths on Tuesday; Arizona and California are among the hardest hit states.

► California has lifted a stay-at-home order for 13 northern counties with improved hospital conditions, but most of the state’s population remains under strict restrictions during the pandemic. The state lifted the order in the Sacramento area on Tuesday – a rare turn of good news as California pushes through what Gov. Gavin Newsom has called its “most intense outbreak” of the coronavirus.

► Scientists have identified a mutation that could decrease the effectiveness of COVID-19 vaccines. The mutation, first spotted in South Africa two months ago, has since spread to 12 other countries.

► A recent analysis of late-stage trials revealed that China’s COVID-19 vaccine candidate, CoronaVac, has an overall efficacy of 50.38%, the Butantan Institute in Sao Paulo, Brazil said on Tuesday. Although the vaccine is reaching the threshold for regulatory approval, it is a disappointing descent from early results which showed it to be 78% effective.

►Los Angeles County is asking residents to wear face masks at home if they go out for work or to shop for groceries, the Los Angeles Times reported, as the region nears one million cases virus.

📈 Today’s numbers: The United States has more than 23 million confirmed cases of the coronavirus and more than 384,000 deaths, according to data from Johns Hopkins University. Global totals: over 92 million cases and 1.97 million deaths.

📘 What we read: U.S. hospitals are on the brink – but COVID-19 is not slowing down. “Absolutely, that’s what we were worried about,” the Association of American Medical Colleges health care executive told USA TODAY. Learn more here.

Even as the coronavirus rages across large swathes of southern California, a significant number of healthcare workers – who are the first in line for the vaccine – are rejecting the vaccines.

About half of the hospital workers who offered the COVID vaccine in Riverside County, in the hard-hit southeast of Los Angeles County, refused it. With a population of 2.5 million, Riverside County on Tuesday became the eighth county in the country to exceed 200,000 cases of the coronavirus.

“Some of them say, ‘You know, not yet,’ they just want to see how things go,” public health director Kim Saruwatari told the Palm Springs Desert Sun. “Some just don’t give any reason why they don’t take it.”

Moncef Slaoui, who helped lead the Trump administration’s vaccine development effort, is resigning but has agreed to remain in an advisory role for 30 days to support the transition to the Biden administration.

Slaoui has long said he will step down as Operation Warp Speed ​​chief in late 2020 or early 2021, when he felt he had contributed as much as he could. development of the vaccine. The focus is now on distribution and delivery, which falls under General Gus Perna.

Last week, Slaoui said he would stay longer than initially planned to ensure the success of three other major ongoing clinical trials, testing vaccine candidates from Johnson & Johnson, AstraZeneca, the University of Oxford and by Novavax.

What will COVID-19 look like in the future? Maybe another cold, study finds

SARS-CoV-2 “could join the ranks of benign and long-term cold-inducing human coronaviruses,” according to a model developed by scientists at Emory University and Penn State University.

The model, published in the peer-reviewed scientific journal Tuesday, compares the deadly virus to four common cold coronaviruses plus SARS and MERS viruses, which surfaced in 2003 and 2012, respectively.

Researchers determined from the model that if the coronavirus continues to circulate in the general population and most people are exposed to it since childhood, it could be added to the list of colds.

The study’s authors admit that the model makes assumptions about the coronavirus and the common cold that are not yet known, but a take home message is that “the critical need for large-scale vaccination may diminish in the short term.” , said study author Ottar Bjornstad, who teaches entomology and biology at Penn State University.

Faced with a slower-than-expected coronavirus vaccine rollout, officials across the country shifted gears on Tuesday to speed up vaccine delivery to more people. The U.S. government is asking states to speed up COVID-19 vaccination for people over 65 and others at risk instead of withholding vaccines for a second dose.

However, other states are pushing back federal guidelines, citing supply issues. Rhode Island Department of Health spokesman Joseph Wendelken referred to them saying the state has no plans to extend vaccinations to people 65 and older. The Iowa Department of Health said the state may consider adopting new guidelines “once we have reasonable confidence that the offer meets the requirements of these broader eligibility criteria.”

Four states with the largest share of hospital beds occupied by COVID-19 patients – California, Arizona, Nevada and Georgia – are struggling to keep pace with the unprecedented surge.

In Los Angeles, public hospitals are preparing to go into crisis mode and the county has ordered ambulances not to send patients to overcrowded hospitals if they cannot be resuscitated in the field. More than two dozen hospitals in Georgia do not have beds available in intensive care units, according to the US Department of Health and Human Services.

While public health officials are optimistic, widespread immunization will provide a silver lining this spring, there is no respite now for doctors and nurses in overcrowded emergency rooms and care units intensive. 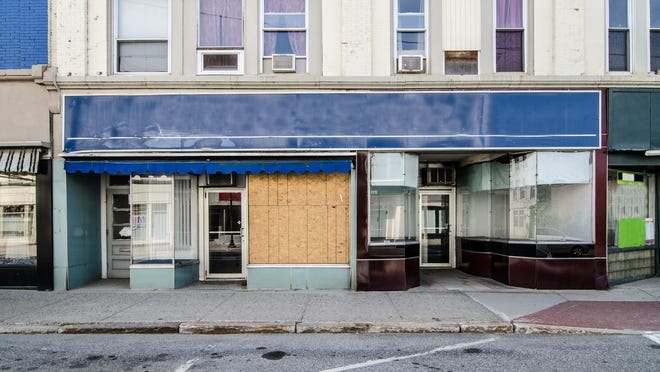 huffpost – In The Work-From-Home Era, Is The Office Affair Dead?

nytimes – Baricitinib: Doctors Are Skeptical of This Covid-19 Drug From Eli Lilly