The TSA has tested facial recognition technology at several major national airports that check photos on travelers’ IDs to make sure they match and you need to know your rights.

The TSA hopes to add more kiosks with cameras that ensure travelers are the same person listed on their IDs at US airports as early as next year.

Facial recognition, which has been banned by cities like San Francisco, also helps improve security and possibly efficiency, the TSA says, according to the Washington Post.

The technology is also untested with civil rights issues that are not yet fully understood and is implemented in one of the most stressful parts of travel. 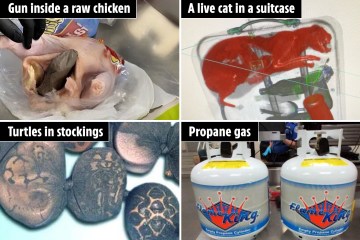 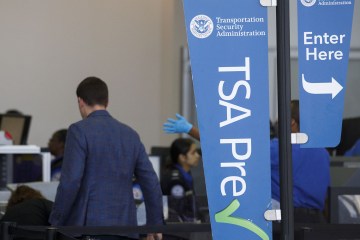 The technology has come to the airport amid concerns over covid transmission in the summer of 2020.

It works when the traveler walks into the travel document checker kiosk and sticks their ID card into a machine, then looks into a camera for up to five seconds.

As an air traveler looks into the camera, the machine compares their live photo to the one it sees on the ID they presented.

They call it a “one-to-one” verification system, the Washington Post reported, because it compares a face to an ID.

Right now, there’s still a human in the process to make the final call, but the TSA says facial recognition has been better at verifying IDs than the manual process.

“This technology is definitely a security enhancement,” Jason Lim of the TSA, who helps run the program officially known as Credential Authentication Technology with Camera, told The Washington Post.

“We are so far very pleased with the performance of the machine’s ability to perform facial recognition accurately.”

Lim said people who don’t want to use the recognition technology will still need to present their ID.

“But they can tell the officer they don’t want their picture taken, and the officer will turn off the live camera,” Lim added.

Apparently there are also signs around the airport informing you of your rights.

If you’re not tech-savvy, which Lim says isn’t required, that shouldn’t mean you’ll be moved to a slow line or get an extra slap.

“You shouldn’t have any derogatory experiences based on exercising your right,” Lim said.

The TSA says if you think this has happened, ask to speak to a manager.

Albert Fox Cahn, the founder of the Surveillance Technology Oversight Project, or STOP, and one of facial recognition’s biggest critics, thinks the option won’t last forever.

“What we often see with these biometric programs is that they’re only optional in the introductory stages — and over time we see them becoming standardized and nationalized and eventually mandatory,” Cahn said.

“There is no more coercive place to ask people for their consent than an airport.”

Even people who are normally very careful about privacy are pushed to their limits when it comes to air travel.

Indeed, travelers tend to choose options that help them get through the airport faster, and it’s not hard to imagine ending up with a split airport experience, Cahn said.

Travelers who don’t mind the risk of facial recognition technology misidentifying them can go straight through screening, but people who don’t consent pay a tax with their time.

After a while it doesn’t feel like there’s a lot of choice.

The TSA says it does not use facial recognition for law enforcement purposes and also says it minimizes retention of our facial data, according to The Washington Post.

Because it doesn’t store facial data, the TSA says it’s not using the scans to create a new nationwide database of Face IDs.

“Scanning and matching is done and immediately overwritten on the travel document checker’s podium. We don’t keep the live photo or photo ID,” Lim said.

The TSA has acknowledged that there are situations in which it may retain data for up to 24 months so that its science and technology office can assess the effectiveness of the technology.

The TSA is reportedly already running a pilot of a second system, expanding the technology’s range of use, at a few airports where you don’t even have to present your ID for inspection.

In tests with Delta, facial recognition machines compare live faces of passengers against a database of photos the government already has, which normally comes from passports.

This system currently only works for passengers with PreCheck or Global Entry, and passengers must also request it from Delta.

A Washington Post employee reportedly tried it and said it was like a super-fast version of PreCheck.

He also said the facial recognition kiosk he used at Atlanta airport to go through security likely saved him five minutes on his trip.

It is important to keep in mind that whenever data is collected somewhere, it can also be stolen and your face is irreplaceable.

The Department of Homeland Security revealed that photos of travelers, accessible through the network of one of its contractors, were taken during a data breach in 2019, according to the Washington Post.

This has happened in the past as the TSA claimed its databases were encrypted to reduce the risk of hacking.

Not all news on the site expresses the point of view of the site, but we transmit this news automatically and translate it through programmatic technology on the site and not from a human editor.
James2022-12-10
9 4 minutes read
Facebook Twitter LinkedIn Tumblr Pinterest Reddit VKontakte Share via Email Print

China refuses US appeal after US missile blows up spy balloon