Prime Minister Justin Trudeau called a group of protesters who swarmed him outside a Hamilton restaurant on Tuesday “a handful of angry people.”

Video published on social networks, shows the Prime Minister entering Jackson Square, a square near James Street and York Boulevard, while a large group of people shout and insult him.

Protesters clash with police behind a restaurant in downtown Hamilton, Ont., where the Liberal Cabinet retreat is taking place, Tuesday, Jan. 24, 2023. (THE CANADIAN PRESS/Nick Iwanyshyn)

In the video, uniformed officers protect Trudeau, making sure he can walk down the street safely.

The small group of protesters can be heard shouting “tyrant” and “traitor,” while demanding Trudeau’s resignation. Many protesters could be seen carrying Canadian flags.

One of the protesters carried a “We love the fringe” flag, a reference to when Trudeau called those involved in the Ottawa truck convoy a “marginal minority of people.”

Protesters also had an inflatable sheep, which appears to be wearing a mask, which indicates “a 99.8% survival rate”, a likely reference to the COVID-19 pandemic.

Speaking to reporters on Wednesday, Trudeau reiterated that he received a warm welcome from most residents of the city, where he is heading for a Liberal cabinet retreat. 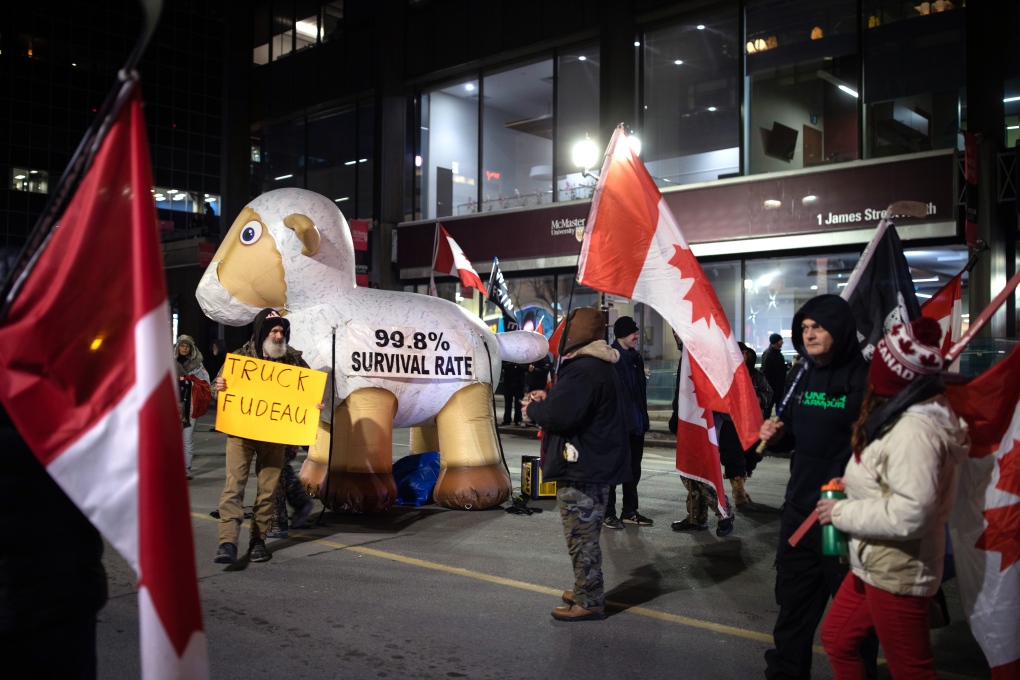 A reporter asked him if he thought the incident was a “safe situation”.

“A handful of angry people don’t define what Hamilton is or what democracy is in this country,” he replied. “The welcome I have received here in Hamilton has been extraordinary.”

“It’s really, really important in our democracy that people can express their disagreement, their displeasure or even their anger against various governments.” 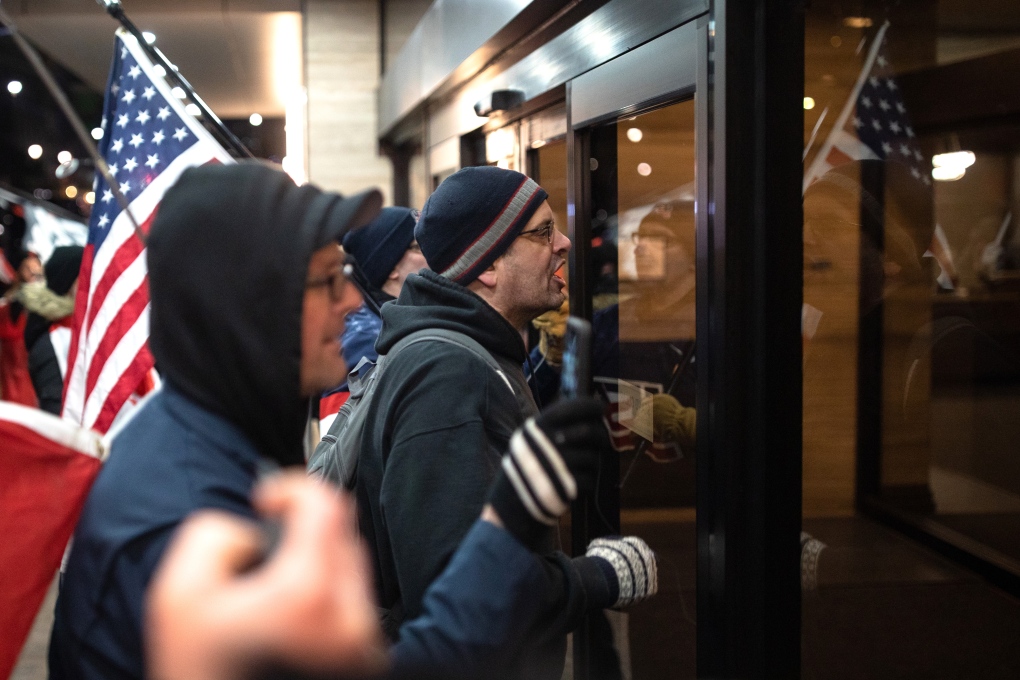 Protesters shout at the door of a hotel where Prime Minister Justin Trudeau is staying during the Liberal Cabinet retreat, in downtown Hamilton, Ont., Tuesday, Jan. 24, 2023. (THE CANADIAN PRESS/Nick Iwanyshyn)

When asked if he was hosting fewer large open events because of this anger, Trudeau said no.

“We’re going to continue to be there,” he said. “We are not going to let a handful of angry people interfere with the democratic processes that Canadians have always been proud of.

Trudeau is in Hamilton for a three-day retreat with his cabinet. Health care financing, in addition to the threat of a recession, were two hotly discussed topics.

CTV News Toronto has contacted Hamilton police about the incident, but has not yet received a response.

Not all news on the site expresses the point of view of the site, but we transmit this news automatically and translate it through programmatic technology on the site and not from a human editor.
Sara16 hours ago
13 2 minutes read
Facebook Twitter LinkedIn Tumblr Pinterest Reddit VKontakte Share via Email Print

The ethics of true passion for crime under debate