thousands of demonstrators against anti-Covid measures, clashes with the police – RT in French 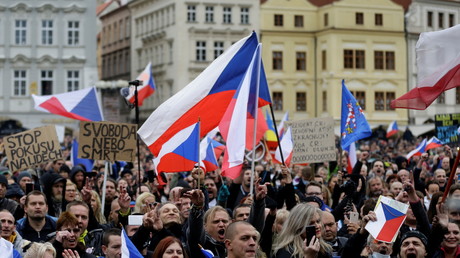 Prague was the scene of clashes between police and protesters during a rally against measures taken by the government to counter the Covid-19 pandemic. The police used tear gas and water cannons.

Several thousand demonstrators including football supporters gathered in Prague on October 18 to demand the resignation of Minister of Health Roman Prymula, project manager of the anti-Covid-19 restrictive measures, against which they are protesting.

The rally was organized by the HON association, but football supporters made up a significant part of the crowd, according to AFP. “[Le ministre de la Santé] admits no opposition. How does he dare ? Who does he think he’s talking to? We are not sheep, we are normal people, ”Vlasta Ciencialova, a protester who came to Prague from the east of the country, told AFP.

The demonstration took a violent turn when the police began to disperse the crowd, the number of participants being far greater than that allowed for the rallies.