In addition to the POCO F4, the POCO brand introduces the POCO X4 GT supposed to be performance driven. For this purpose, it is equipped with a Dimension 8100 from MediaTek this time engraved in 5 nm (TSMC) for better energy efficiency.

For cooling, LiquidCool 2.0 technology is included, as well as a vapor chamber that includes seven layers of graphite. For gaming and in terms of FPS, the POCO X4 GT would be on par with the POCO F4 GT equipped with a Snapdragon 8 Gen 1 at a similar temperature… or even lower.

However, the display is not OLED technology but LCD with a 6.6-inch screen in FHD + and 20.5: 9 ratio. POCO touts a display capable of displaying over a billion colors. It’s also a refresh rate of up to 144Hz (and 270 Hz touch sampling rate).

For the photo part and apart from the design, the POCO X4 GT does not differ much from the POCO F4, except for the absence of optical image stabilization with the main 64-megapixel module. It is also accompanied by an 8-megapixel wide-angle and 2-megapixel macro. Up front is a 16 megapixel photo sensor. 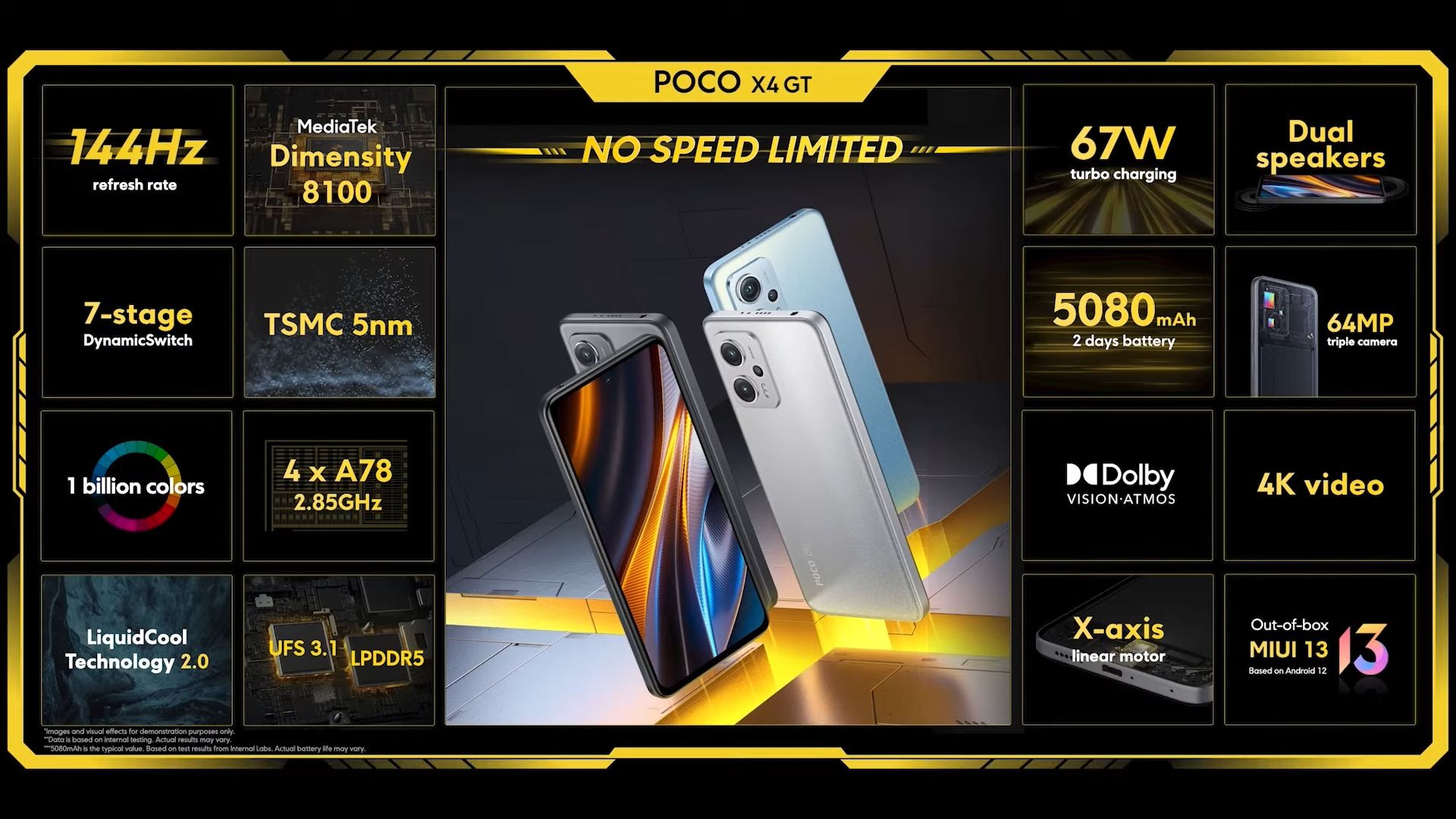 In three colors (black, silver and blue) and two configurations, the POCO X4 GT will be available at:

From July 4th 1 p.m. to July 9th, a special launch offer will allow you to benefit from a reduction of €80.

Day by day, the power of your cycle, what to eat when – to ask for a raise

Intruders shoot and seriously injure a woman in her home near Winter Park, deputies say