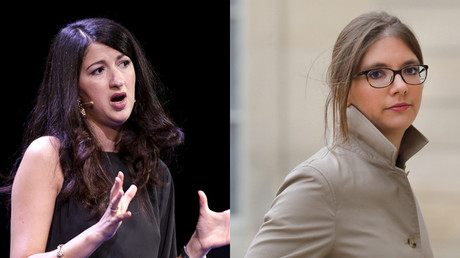 Accused by the former Charlie Hebdo journalist Zineb el-Rhazoui and LREM MP Aurore Bergé of having led a campaign of harassment against the beheaded teacher Samuel Paty, the CCIF filed a complaint against the two women, according to a press release .

Following the stir caused in French society by the beheading of college professor Samuel Paty (47), on October 16, 2020 in Conflans-Sainte-Honorine (Yvelines), the Collective against Islamophobia in France (CCIF) is suspected by several political and media personalities of having participated in the harassment of this teacher who had shown caricatures of the prophet of Islam, Muhammad.

At first, the CCIF had opted on October 16 for a message of compassion towards the relatives of the victim, favoring “silence” and “mourning” in the face of “the horror”, before pointing out possible recoveries ” racist ”of“ this astonishing act ”.

Horror overthrows and paralyzes. Mourning should impose silence. While some already want to reclaim this astonishing act for racist purposes, no one will prevent human conscience from taking the time for pain and sadness. #Conflans

However, following this message, the CCIF was attacked by what it considers to be “the usual opinion manipulators, pretending not to understand that we are talking about a silence of mourning, [qui] felt confident to proclaim their courage to speak out, shout and stand up against “Islamism” to which they automatically associated our work to fight Islamophobia “, we can read in the first paragraph of the press release published by the association, October 17.

“This teacher was not ‘attacked’, but beheaded. A campaign of harassment was waged against him with the help of the CCIF and the Academy [des Yvelines] has been informed. Nothing has been done, ”said the former journalist of Charlie hebdo, Zineb el-Rhazoui, October 17 on Twitter.

Very cutesy reaction from the Secretary of State in charge of priority education @avyelimas
This teacher was not “attacked” but beheaded. A campaign of harassment was waged against him with the help of the @ccif and the academy was informed. Nothing has been done https://t.co/sEv3GNMrKf

For her part, in response to the message published on October 16 by the CCIF, the LREM deputy of Yvelines Aurore Bergé had declared on the same social network: “Your silence, yes. Not ours. Not after that manhunt you took part in. That’s enough. The Republic will neither lower its head nor its guard in front of you. ”

Your silence, yes. Not ours.
Not after that manhunt you took part in.
That’s enough. The Republic will neither lower its head nor its guard in front of you. https://t.co/z9QFJY0FsT

The Collectif contre l’islamophobie en France published a statement on its Twitter account in response to Zineb el-Rhazoui and Aurore Bergé.

Since yesterday, the CCIF has been repeatedly defamed and accused of participating in a campaign of harassment against the teacher #SamuelPaty. This is not only wrong, but deeply abject.

In this text, the CCIF considers the suspicions “of having carried out a campaign of harassment against the teacher” as “false” and constituting “a defamation of great abjection”. He therefore filed a complaint against Zineb el-Rhazoui and Aurore Bergé.

“A simple investigation will show that these allegations are false and extremely serious”, we can still read in the press release of the CCIF. And to add: “Against the logic of shock, illustrated by Aurore Bergé, which opposes a” we “and a” you “, we refuse this separatism. The teacher Samuel Paty is one of our dead, the dead of our country, those who are the victims of extremism. And before we come to identify those responsible, we express our pain and our sadness to the family of this teacher, and those who have been close to him. “

In addition, Zineb el-Rhazoui split another message on Twitter, following the announcement by the CCIF of having filed a complaint against him and Aurore Bergé.

“The Islamist CCIF dispensary reacts to the beheading of Samuel Paty by announcing legal proceedings against MP Aurore Bergé and myself. Shamelessly, these makers of hatred and Islamism still want to clog the courts with their whining[rie] identity, ”she proclaimed.

Always on Twitter a few minutes later, the former of Charlie hebdo published another message: “To all those who do not forgive the CCIF for the blood which has flowed in France because of the accusation of” Islamophobia “distributed by this Islamist dispensary knowing that it kills, repeat my words and those by Aurore Bergé! May the CCIF extend its judicial jihad to all! ”

Giant march in Bangladesh against Macron’s words – RT in French