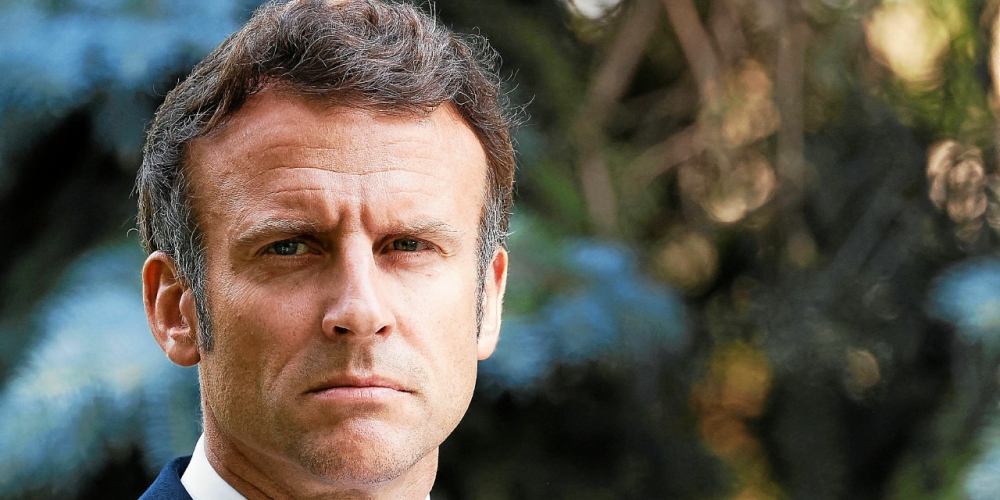 It was a dull evening. No one rushed into the streets on April 24 to proclaim their happiness. On the side of the Champ de Mars, in Paris, where the unconditional had been invited, the arrival of the re-elected President, holding children by the hand, was followed by a relatively brief speech, once is not custom. “A quarter of an hour later, everyone had left the square,” recalls a witness.

Emmanuel Macron, however, had every reason to be proud of his performance. Since Jacques Chirac, yielding to the insistence of Lionel Jospin and Valéry Giscard D’Estaing, established the five-year term (entered into force in 2002), this is the first time that the outgoing has obtained the renewal of his mandate. Admittedly, to achieve this, Emmanuel Macron knew how to play on the reinforcement of the extremes, on the left and especially on the right, a phenomenon which he had undertaken to circumscribe. All the same, we expected him to act, immediately confirmed.
Especially since the crises that marked his first five-year term resulted in difficulties of all kinds, weighing heavily on public finances. The sudden reappearance of inflation does not help matters. On the side of the Élysée, we were however treated to an unexpected version of the great silence. As if to remind incredulous French people that nothing and no one can impose their timing on the young head of state. And to suggest that the upcoming legislative elections would only be a formality for the majority.

First stage of the imposed course: the appointment of the Prime Minister. Only confidence initially conceded: it would be a woman. Which obviously posed no difficulty to the one who was still the incumbent. The only thing asked by Jean Castex, yesterday an unrecognized senior official, today appreciated as a loyal servant of the State, having always known how to preserve his joviality: to leave. Matignon no longer makes those who have rubbed shoulders with it dream. And Jean Castex only aspired to “repaint the shutters of my house in Prades”, sub-prefecture of the Pyrénées-Orientales. But he had to wait 22 days. By managing day-to-day business with ministers whose offices were already cluttered with boxes containing their personal documents and souvenirs.

For their part, the media were able to give free rein to an exercise that they love: forecasts. This time, several lists of ministers, coming from who knows where and riddled with contradictions, circulated cheerfully. After initially appearing among the rare birds mentioned for Matignon, Elisabeth Borne reappeared, this time formally designated. But already weakened. Hadn’t the President given up on his first choice, Catherine Vautrin, president of Greater Reims, finally deemed too right-wing? Suddenly, Elisabeth Borne is presented as a woman of the left. “A legend worthy of those invented by the secret services for their agents on mission, concerning a rigorous senior civil servant who has never been involved in a political party”, laughs a socialist official.

The slow composition of the government

The waltz-hesitation at the top did not stop there. It took ten more days for the government to be formed. The MoDem partners of François Bayrou and Horizons of Édouard Philippe are there at the minimum. A government, moreover, singularly deprived of heavyweights. It is true that the ministers were unable to campaign for the legislative elections, since their appointment took place three days before the reserve period. Even Elisabeth Borne focused on the Calvados constituency, kindly left free by AlainTourret, a macronist from the start, who was, however, never rewarded.

The emergence of Nupes, the Abad affair, the Stade de France…

It was therefore Jean-Luc Mélenchon who occupied the media space. Having proclaimed himself the future Prime Minister, he imposed on the Socialists, the Greens and the Communists a union which above all benefited his own troops. Other shadows have also obscured the macronist picture, such as the Abad affair, named after the new minister, ex-president of the Republicans group in the Assembly, accused of rape. But also, the worrying outcome of the football match between Liverpool and Real Madrid, at the Stade de France. The English supporters being implicated by Gérald Darmanin, the Minister of the Interior, when they had been victims of attacks in bursts.

“The call from Orly”

It was not until June 3 that Emmanuel Macron broke his silence, in front of the regional press, to commit, once again, to “change methods”. The dramatization goes up a notch, on June 14. On the tarmac at Orly, before the take-off of the plane which is to take him to Bucharest, he declares: “We need a solid majority to carry the great ambitions of the country”. As for his visit to kyiv, in the company of the heads of the German, Italian and Polish governments, it was variously appreciated, a few days before the legislative elections.

Historic breakthrough of the National Rally in Parliament

We know the outcome in the second round. The thunderclap is the entry into Parliament of 89 deputies from the National Rally. Field strategy, discreet and profitable for Marine Le Pen. Weakened by a majority that is now only relative and by oppositions little tempted by concessions, Emmanuel Macron can only count on him to prevent his five-year term from going adrift. which is consistent with his practice. The mirages of the new world having had their day, he still had to find other cards to regain the confidence of the French. For the moment, they wonder until when the government, several members of which must resign because of electoral failure, will be reduced to keeping up appearances.

No roaming charges for Ukraine must be ‘permanent’ – POLITICO