Families are sharing photos and stories of loved ones, who lost their lives in a mass shooting in Texas that killed at least 19 children and two adults on Tuesday afternoon.

At a nearby civic center, parents and other family members waited anxiously for hours to hear from their loved ones. Some parents have taken to social media to share images of their children in hopes of finding information. Today, their photos and stories are released in tribute to the lives and families of the victims.

Investigators are still officially identifying the victims, relying on relatives to provide DNA samples, according to CNN. On Wednesday morning, at least three families said they had received devastating news.

The prime suspect in the shooting has been identified as 18-year-old Salvador Ramos, who authorities say was shot dead by law enforcement.

Angel Garza rushed to find her 10-year-old daughter, Amerie Jo, for seven hours before finally taking to Facebook asking for help finding her.

“I’m not asking for much or even hardly to post here but please it’s been seven hours and I still haven’t heard anything about my love,” Garza wrote. “Please help me find my daughter.”

On Wednesday morning, Garza said Amerie had been identified as a victim.

“My little love now flies high with the angels above. Please don’t take a second for granted. Hug your family,” he wrote.

“Tell them you love them. I love you Amerie jo. Watch over your little brother for me.

Eva Mireles, a fourth-grade teacher at Robb Elementary, was identified by local media as another of the shooting victims.

Mireles was an educator for 17 years and enjoyed running, hiking, biking and being with her family, according to her profile on the Uvalde Consolidated Independent School District website.

She was married to a CISD police officer from Uvalde and had a daughter.

“My beautiful niece did not survive the actions of this coward… Pray for the family, especially my nephew, Ruben his only daughter Addy and my sister Cynthia and all of Eva’s family,” her aunt wrote, Lydia Martinez Delgado on Facebook.

Uziyah Garcia was an 8-year-old elementary school student, according to The Associated Press. His grandfather, Manny Renfro, confirmed his identity.

“The nicest little boy I’ve ever known,” Renfro told AP. “I’m not just saying that because he was my grandson.” 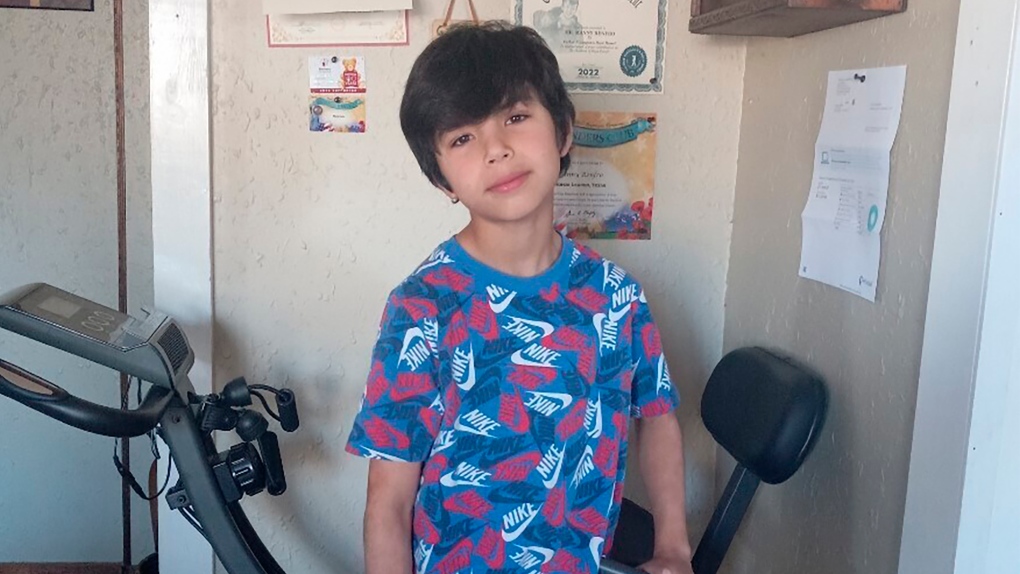 This March 2022 photo provided by Manny Renfro shows his grandson, Uziyah Garcia, during spring break in San Angelo, Texas. The 8-year-old was among those killed in Tuesday’s shooting at Robb Elementary School on May 24 in Uvalde, Texas. (Manny Renfro via AP)Ellie Garcia, 10-year-old student

Jennifer Lugo and Steven Garcia, the parents of Ellie Garcia, have posted photos and posts about their daughter on social media in hopes of finding her. Lugo asked for the public’s help through a photo she posted of Ellie on Facebook, which she says was taken on the day of filming.

Garcia confirmed later that day that Ellie was killed in the mass shooting.

“All I’m asking is why… Why my Ellie Gee?” What has she ever done to anyone? he wrote.

“Mom and Dad love you so much…”

With notes from Associated Press, Storyful and CNN

Plan a getaway to this historic Rhode Island coastal retreat

Shooting in Copenhagen: a man charged in the attack on a shopping center which left three dead on Sunday

Embrace diversity and work together against Russia – POLITICO

Soccer. Griedge Mbock: “We’ve been waiting for this title for a long time”