TEEN Mom fans are slamming Jenelle Evans for dancing aggressively in a new TikTok after revealing her chilling medical diagnosis.

Last month, the 30-something shared that she suffers from fibromyalgia, a condition that can cause pain throughout the body.

After telling fans she had been in pain for years, Jenelle said she finally got a medical diagnosis to explain what was going on with her.

As such, fans were confused as to why the ex-Teen Mom star was dancing so hard in a TikTok she posted this week.

In the video, Jenelle wore a white crop top and green pants, with her long brown hair still wet.

She started by saying the words to the accompanying audio, which was a clip from the Will Smith-Chris Rock Oscar slap scandal. 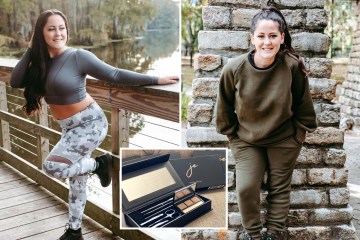 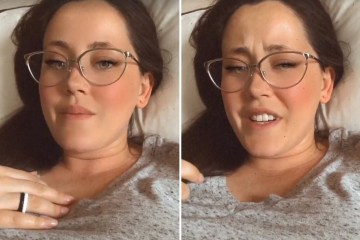 The reality star lip-synced, “Keep my wife’s name out of the f**king mouth.”

At the last word, “mouth”, the audio started skipping, repeating the word over and over.

During this moment, she started pretending to slap herself by snapping her neck back and forth very quickly.

As the clip progressed, she flipped her hair a bit, saying, “Will Smith just kicked the shit out of me.”

From there, Jenelle went back to her usual TikTok moves of shaking her hips suggestively to the techno beat at the end.

Along with the video, she referenced her husband David Eason, writing in a caption, “How my husband acts.”

Fans jumped into the comments section to slam the 30-something for dancing so hard, despite telling them she was in so much pain, especially with her neck.

A confused follower asked, “I thought your neck was about to break?”

Another said sarcastically, “Glad your neck is healed girl!

“My neck hurts too much to even nod yes most of the time.”

A third told him: “Looks like your debilitating neck pain is better.”

Others said they were so speechless because of how “embarrassing” the whole video was.

They called it all fat “yikes” and called Jenelle “classless.”

A few weeks ago, the mother of three opened up about her recent diagnosis in an interview with E! News.

Jenelle said: “For as long as I can remember, I had extremely severe tension headaches and pains all over my body, like I had the flu, but I wasn’t sick.”

She added: “My whole body is in so much pain and sometimes I lay in bed and cry.

“For a long time no one believed my symptoms until I recently got a second opinion from a new neurologist.”

The former MTV star opened up about how “living life” has been “difficult” for her.

She went on to say “only having a little energy to be able to do my job” and “having to go to bed early because of headaches or body aches”.

The mum-of-three realized: “I now know why my body acts the way it does and that explains a lot.

“I never knew what fibromyalgia was until my doctor diagnosed me.”

Kyiv announces at least 20 dead in strike in Odessa

US should withdraw from NATO – congressman – RT World News