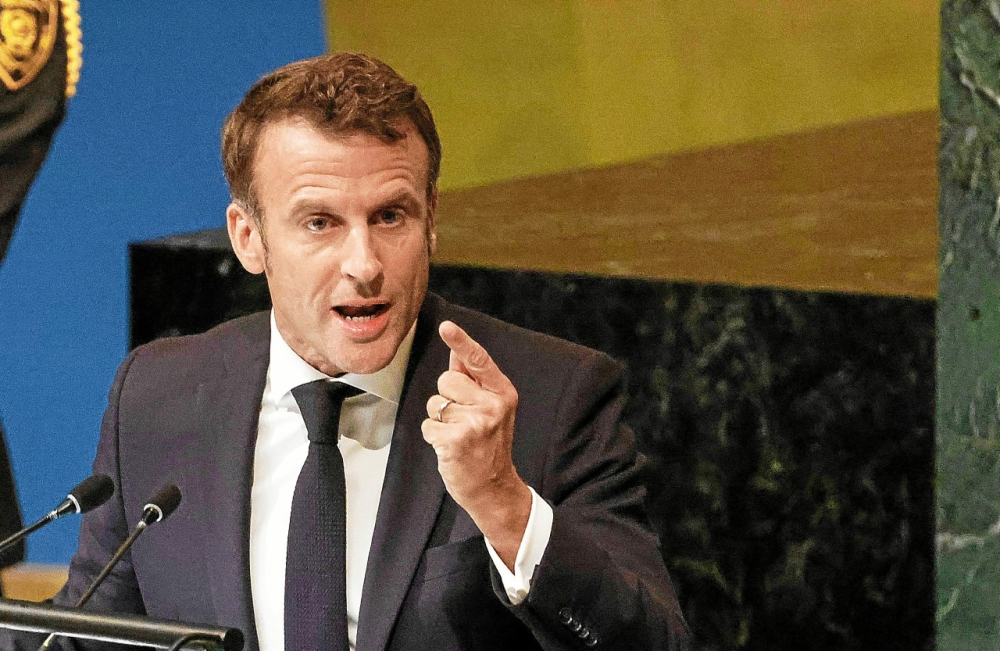 While the question of the method, and more precisely the “forced passage” by way of amendment, for the pension reform is far from obtaining unanimity, Emmanuel Macron, at this stage, returns the ball in the camp of his government, which must “find the right maneuver” with parliament, so that the reform, which plans to extend working hours, is done “in the most peaceful way possible”. “They will see how it should go,” explained the Head of State in an interview with BFMTV carried out on the night of Wednesday to Thursday, ensuring that he did not want to “preempt” the content of a reform which corresponds to “a commitment the country “.

The executive will be able to draw an argument from the opinion of the Pension Monitoring Committee, which asked, this Thursday, to “find an answer” to the risk of “significant” deficits in the near future, without however taking part in a measure of ‘age.

But all the unions promise a dark autumn if the government imposes a new pension reform this year. And the opposition in the Assembly, as well as part of the majority, have come out in recent days against the tabling of an amendment on this subject in the Social Security financing bill (PLFSS), in which they see “a passage in force”, especially if it is accompanied by a recourse to 49.3 to have it adopted.

As of Saturday, François Bayrou, a heavyweight of the majority, had set the tone by using this expression to warn the executive about a reform that could not “be done at the bend of an amendment”, like the considers yet the executive. “If we embark on this path, then we are sure to first unite the oppositions between them, then to divide French society”, warned the president of the Modem, calling for taking “the time for pedagogy “.
In the process, the boss of the centrist group Jean-Paul Mattei announced on Tuesday that the MoDem deputies would “certainly” vote against a pension reform by amendment to the Social Security draft budget.

This Thursday, another important personality of the majority, the president (Renaissance) of the National Assembly, Yaël Braun-Pivet, has engaged, but refuses to speak of “passage in force”, since the law allows it. “The government’s amendments must not in themselves bring about a substantial reform”, she warned on franceinfo, calling for “taking the time to consult with the political groups and with the social partners (…) for a comprehensive reform which must appear fair to our fellow citizens”. “This is the new method to which I called on the government and to which the Prime Minister responded favorably in July”, with “more consultation upstream of the texts to succeed in building compromises”, he said. she called back.

Le Pen brandishes the threat of a motion of censure

On the side of the political oppositions, the confrontation is much more frontal. At the end, this Thursday, of her meeting at Matignon with Elisabeth Borne, Marine Le Pen brandished the threat of a motion of censure. “I made it clear to him that if they intended to push through pension reform through an amendment to the Social Security Finance Bill, and using 49.3, then we would table a motion of no confidence and we would vote for the motions of censure that would be tabled, regardless of their origin,” said the former presidential candidate.
On Tuesday, the president of the LFI group in the Assembly, Mathilde Panot, warned that her group would table a motion of censure in the event of the use of 49.3 to pass a retirement amendment in the PLFSS.
Even among Republicans, who are basically in favor of pension reform, the pill is struggling to pass. “An amendment that fell from above on the PLFSS is unacceptable”, criticized, on France Inter, the boss of senators LR Bruno Retailleau.

13% of French people in favor of an “emergency” reform, according to a survey

The President (LR) of the Senate Gérard Larcher deplores the procrastination of a “rather confused” government. According to an Elabe poll for BFMTV, broadcast this Thursday, only 13% of those questioned say they are in favor of an “urgent” pension reform, against 51% who ask for “time for consultation and debate” and 36% who do not consider it unnecessary. Only 21% want to increase the retirement age against 46% for maintaining it at 62 and 33% for lowering it.

Not all news on the site expresses the point of view of the site, but we transmit this news automatically and translate it through programmatic technology on the site and not from a human editor.
Patricia2 days ago
17 3 minutes read
Facebook Twitter LinkedIn Tumblr Pinterest Reddit VKontakte Share via Email Print

Dr Sanjay Gupta: It’s not just your five senses that help you make sense of the world

The Italian electoral campaign puts the migration issue on the right…

Mélenchon, Dechavanne, “Sex Club”… Five things to know about “What an era!” », the new show by Léa Salamé – France

Breath training may help lower blood pressure by serving as a ‘dumbbell for the diaphragm’: new study