A TEENAGE girl had used her phone so much in her life that her family decided to make her headstone in the form of a phone to honor her, her brother has said.

TikToker Geoff Matautia said his Gen Z sister was “on her phone all the time”, leading their family to make a surprisingly creative choice for her tombstone.

“When our sister passed away, we had her phone her gravestone because she was still on it,” the original video said in a post that garnered more than 2.8 million likes.

“If you see this at Manukau Memorial Gardens, that’s us,” the brother, @ssouthsides, said of the tomb located in New Zealand.

In follow-up videos, the brother shows that the elaborate headstone of 15-year-old Theresa Matautia includes scriptural inscriptions as well as a giant telephone-shaped structure above the grave.

The screen of the fake iPhone displays messages from her grieving family written to the late teenager, who died by suicide in 2018. 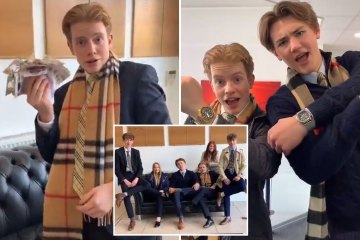 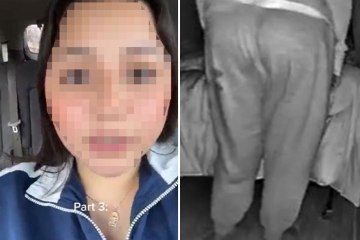 “The reason behind it was that my sister was on her phone all the time,” the TikTok user said.

He then showed several videos of his dead sister on his phone as evidence, then said she was “pretty glued to this thing”.

Geoff also showed that on the tombstone, the phone screen shows a group chat of seven people, which represents the number of people in Theresa’s immediate family.

However, he pointed out that the giant phone shows it’s connected to WiFi – although he joked that the graveyard didn’t have a good signal.

In response to TikTok users who seemed upset by the family’s creative choice for a headstone, he advised that they “just have a laugh”.

“We give you permission to laugh at this video. Not everyone deals with loss the same way, and our family did it in a different way.”

Many social media users commented on the videos to express their love for the unique idea.

“One of the most unique I’ve seen, may she rest in peace,” said one response.

“She would love it. And in 50 years her grave will be extremely cool because of the story,” one commenter said.

“That’s so sweet but I’d cack from the grave,” another joked.

Others have commented on how the phone could use an upgrade.

“Please update the iPhone regularly, it deserves the new ones!” said one commenter.

Geoff even joked about the outdated version of the phone saying “I’d be mad if it was an iPhone 5/SE”.