The 16-year-old has recently been talked about about her relationship.

On Monday, 16-year-old Alana shared a screenshot of what appeared to be a college acceptance letter on Instagram.

The letter said in part: “CONGRATULATIONS!

“On behalf of the entire GMC Bulldog family, I have the honor to offer you acceptance into the Georgia Military College Dual Enrollment Program for the first term of Fall 2022.” 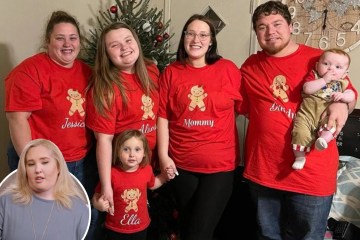 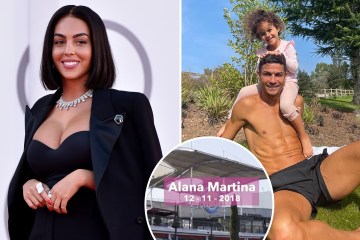 Fans were kind in the comments, congratulating the teenager on her accomplishment.

Another more enthusiastic fan commented, “OMGGGGG ALANA I’VE BEEN WATCHING SINCE YOU WERE ON TODDLERS AND TIARASSS!! CONGRATULATIONS MY LOVEEEE.”

Someone else replied, “Grab it Alana!!! grow up!”

Mama June shared an Instagram post about the milestone, revealing that she was the first in her family to accomplish this.

THE FUTURE OF HONEY BOO BOO

Mama June told The Sun exclusively, “She’s been accepted to some colleges and will be graduating from high school next year.”

The 42-year-old mother of four explained that they have been on TV for more than 11 years now.

“Granted, we made a career out of it when it fell in our lap, but I don’t see Alana doing reality TV at the age of 40,” June said.

As Alana targets potential colleges, her mother added, “She wants to go to a nursing program.”

Alana and her three sisters had a strained relationship with June, after their mother was arrested in 2019.

June hasn’t given up on mending their bond, explaining in a recent interview with US Weekly where she stands with her daughters.

“This [is] is still a work in progress,” the reality star said while promoting the WeTV show’s final season.

She noted that getting it right with her children motivated her to stay sober, which she maintained for 29 months.

June also expressed frustration with the constant arguments with her family about her sobriety.

“It’s beating, like, a dead horse. In order for people to move on, you have to stop. … If you keep living in the past, all you’re going to do is keep looking back and you’re not going to see what’s in the front windshield.”

Nonetheless, June credited her past drug use as the reason for her rocky relationship with Alana “Honey Boo Boo” and Lauryn “Pumpkin.”

“I still understand where they are at. …I was pissed as hell [to start]”, confessed the TV star. “But now that I’m recovering, you know, I can [see] why they did the things they did.

June’s family struggles were sparked when she was arrested on March 13, 2019 for drug possession, including possession of a controlled substance and drug paraphernalia.

Her then-boyfriend, Geno Doak, was also arrested and charged with third-degree domestic violence, possession of a controlled substance, and possession of drug paraphernalia.

The former couple reportedly each had crack and a crack pipe on them.

June and Geno – who separated in August – were arrested at an Alabama gas station after someone called police to report a domestic incident between the two.

In June, it was reported that the reality star had dodged jail time in light of the arrest.

Instead of going behind bars, June agreed to do 100 hours of community service and be watched by a court.

Since then, she has been working to change her life.

Mama June is now dating Justin Shroud, who also has a criminal background.

Justin was recently released from prison after being arrested in Boca Raton, Florida on a warrant relating to past drug charges.

Colombia: President-elect Gustavo Petro proposes a ceasefire to the ELN