TWO teenagers face murder charges after a 15-year-old boy was killed while collecting water from a car outside his family home.

The Philadelphia District Attorney’s Office has announced charges against Daniel Gardee and Saahir Teagle, both 17, for the murder of Sean Toomey.

The prosecutor’s office said Gardee turned himself in on Wednesday while Teagle was arrested in New Jersey and would be extradited to Philadelphia.

Police say Toomey had left his house to retrieve a crate of water from his family’s car on March 24 when he was shot.

The teenager was rushed to a local hospital, where he died hours later. 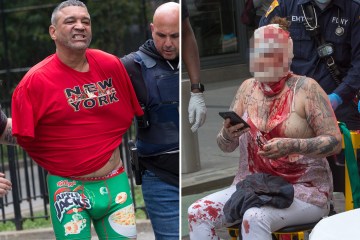 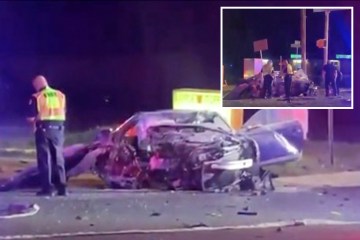 “But it only takes a second to get some water and get into the house and he wouldn’t come back.

“So I got curious. I put on my sweatshirt, walked out and saw him lying on my neighbor’s lawn.”

Police believe Gardee and Teagle were involved in an attempted armed robbery of a woman at an ATM and car theft shortly before Toomey was shot.

Gardee was arrested for assault and disturbing the peace in Miami Beach less than a week after the crime, the prosecutor’s office said.

The two teenagers were taken into custody at an Airbnb in April, where police reportedly found multiple firearms. Teagle was charged with unlawful possession of firearms, prosecutors said.

Gardee and Teagle were not initially identified as suspects in Toomey’s murder when they were previously arrested, according to the prosecutor’s office.

A suspect in a June 9 carjacking told police he and two other people tried to rob a woman at an ATM, which led authorities to the pair.

Less than a week later, the prosecutor’s office was able to approve the charges against them.

“Sean Toomey was a child full of promise and hope, like all children,” District Attorney Larry Krasner said.

“The great potential he held was wiped out in the blink of an eye by armed strangers.

“Sean Toomey should be alive today and looking forward to the rest of his life.”

However, news of the charges against Gardee and Teagle comes as John Toomey says Krasner was “guilty” in his son’s murder.

He and other families of gun violence victims in Philadelphia are calling for Krasner’s impeachment, saying it’s not Krasner’s job to act as a defense attorney and advocate for criminals — but to prosecute them. in place.

“I say we impeach that son of ab***h!” he told a crowd of people on Tuesday.

A statement from Krasner’s office read, “We do not wish to honor the exploitation of individuals who have lost loved ones to violent crime.”

Australia and France get ‘fresh start’ after underwater row

Opposition: The Philippines should rejoin the International Court

14 books to add to your reading list in July

At least 1 officer killed, others injured while serving warrant in Kentucky

Canada Day: what does the national flag mean to us?