The man accused of making the bomb that shot down Pan Am Flight 103 over the Scottish town of Lockerbie in 1988 has appeared in US court.

Dressed in a green jumpsuit, he walked slowly into the court and spoke only to confirm his name. He was not asked to enter a plea.

About 20 people whose relatives died in the attack were in the public gallery.

Among them were a widow with her daughter and a man with his father who lost his mother.

They were among many families made incomplete by the biggest terror attack in British history.

“I did this [pursuing justice] for 34 years,” a relative, Stephanie Bernstein, told Sky News.

“My daughter was seven years old when my husband was killed…The United States government will take care of its citizens in life and in death…grateful to the Biden administration.”

Dr Jim Swire, who lost his daughter Flora in the bombing, said he hoped Mas’ud would eventually tell the bereaved families more about what really happened that day.

“I hope he can tell us how it was done and help uncover the truth about this horrible and terrible affair.”

The procedure lasted less than an hour and paved the way for a new detention hearing on 27 December.

Mas’ud said, through federal attorneys assigned to him, that he has not yet been able to appoint his own attorney. He was given a week to do so, and he will remain in detention.

Mas’ud has long been wanted by prosecutors and suspected of being the “third man” behind the downing of the US plane over Lockerbie in December 34 years ago.

The 747 jumbo was at 31,000ft and just over half an hour into its transatlantic flight from London Heathrow to JFK Airport in New York when a bomb exploded.

All 243 passengers and 16 crew on board the plane died. On the ground in the town of Lockerbie in Dumfries and Galloway, 11 other people died as debris fell on houses.

A careful and time-consuming survey combed through 845 square miles of Scottish countryside for debris. He concluded that the bomb was planted inside a cassette player wrapped in clothing and placed in a suitcase.

After the Libyan government claimed responsibility in 2003, two former members of its intelligence service were arrested, extradited and tried. 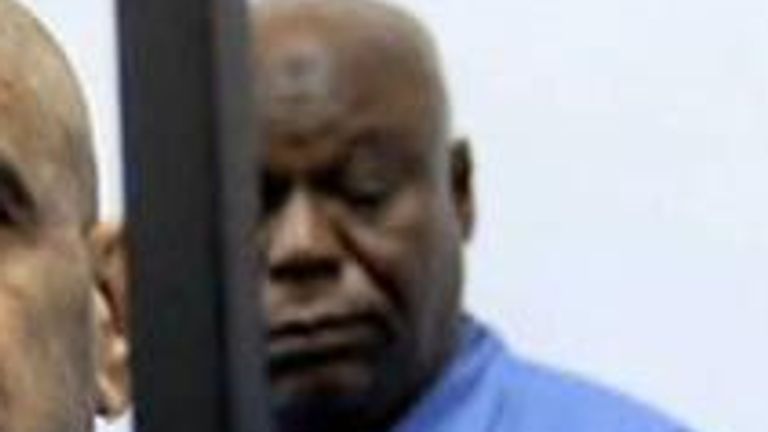 Megrahi, who twice failed to have his conviction overturned, was released on humanitarian grounds in 2009 and died in Libya in 2012.

But investigators have always suspected that a third man was part of the plot.

In 2011, after the overthrow of leader Muammar Gaddafi, Mas’ud was arrested in Libya as part of a wave of arrests of regime supporters.

The following year, he reportedly told a Libyan law enforcement official that he was the maker of the Lockerbie bomb.

This apparent confession in 2012 formed the basis of a US Department of Justice case against him that was released in 2020.

Details of how Mas’ud was transferred from Libyan custody to American hands have not been revealed.

The bombing remains the deadliest terrorist attack in British history. Residents of 21 counties were killed.

Scotland’s top justice officer has welcomed the news that Mas’ud is held in the United States.

“The steps taken by the US judicial authorities are significant and the progress towards a legal breakthrough is welcomed by Scottish prosecutors and police,” said Lord Advocate Dorothy Bain KC.

“The tragic events of December 1988 united Scotland and the United States in deep loss and a firm determination that all who committed this atrocity should be brought to justice.

She added: “For more than 20 years the Crown Office and Procurator Fiscal Service has maintained a case team working on this investigation, bringing together a range of prosecution expertise in the fight against terrorism, the investigation of major crimes, forensic analysis, international cooperation and mutual legal assistance.”

Ms Bain said Scottish and US officials will continue to investigate the matter, “with the sole aim of bringing to justice those who acted with al Megrahi”.

She confirmed that she would meet with US officials next week to discuss the case.

Not all news on the site expresses the point of view of the site, but we transmit this news automatically and translate it through programmatic technology on the site and not from a human editor.
yrtnews2022-12-13
25 3 minutes read
Facebook Twitter LinkedIn Tumblr Pinterest Reddit VKontakte Share via Email Print

Latest Updates on the Russo-Ukrainian War – The Washington Post

Officers involved in fatal shooting of Ohio man will not be charged, prosecutor says