LITTLE People star Tori Roloff has shared a rare video of his youngest son Josiah revealing how much and how quickly he has changed.

The TLC star and her husband welcomed their third child with hubby Zach Roloff in April.

The star posted a photo of her seven-month-old son, which was taken by her daughter Lilah.

In it, Josiah appeared to be chewing on a toy while sitting in a car seat.

She then shared a sweet video of her baby boy sitting in some sort of high chair screaming for food. 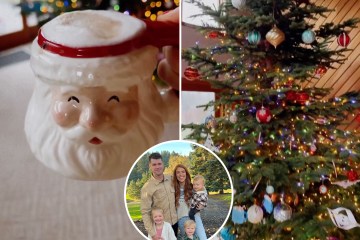 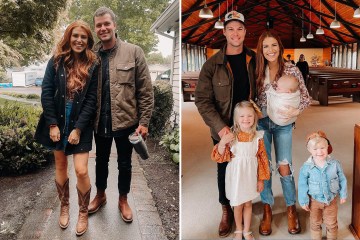 She was moving, moving her head from side to side before a hand – supposed to belong to Tori – came out to feed him.

The LPBW star captioned her post, “Why is the third one growing so fast?! He’s literally yelling at me for chicken and Mac!”

Her sweet new post comes after another fun family outing.

Tori and her husband Zach took their three children to meet Santa, sharing photos of the adorable interaction online.

Last week, the mum-of-three documented their trip to meet Santa Claus, revealing that one of her children wasn’t so eager to meet the man in red.

Tori and Zach’s daughter, Lilah, 3, and her sons Jackson, 5, and Josiah all sat on a red sofa wearing matching red and white checkered looks.

The reality star’s daughter, who sat next to her brothers and a pillow that read “Merry Christmas,” looked suspicious from the start.

A second photo shows little Lilah leaning over her crying older brother as she sat on the couch.

Tori captioned the post: “Poor Lilah really isn’t so sure about this Santa thing…

“Jackson and Josiah, on the other hand, braved the cold weather to hang out with Santa!! Love these memories we’re making. Hope Lilah recovers,” she wrote with a face. smiling.

Tori and Zach were praised for their simple yet stylish decorating in their new home.

When it came time to purchase an authentic tree, Tori and Zach pulled out all the stops to find and cut down their very own holiday pine.

Tori shared a series of photos depicting the family’s Christmas tree retrieval and installation process on her Instagram Stories.

The first showed her husband, Zach, and their five-year-old son Jackson smiling for the camera as the couple visited a local Christmas tree farm.

She captioned the post: “Sis and I (and Josiah) weren’t up for tree hunting today, but these boys had a good one!!”

The “sister” Tori is referring to is of course Zach’s middle child, their daughter, Lilah.

The next post featured a Boomerang video of Jackson attempting to saw off the chosen pine.

The TLC star explained, “Jackson helped her take it down!”

Six-month-old Jackson, Lilah and Josiah are pictured in the background as they wait for the tree to be decorated.

A later video, titled “Josiah Supervising”, shows the youngest Roloff watching his mother sweep up stray pine needles from under the tree.

It is quickly followed by a video of the fully decorated tree.

Capturing the moment, Tori wrote, “I’m exhausted now. But it was worth it.”

Five colorful stockings hung from the mantelpiece, just waiting for Santa to fill them.

Each stocking had a family member’s name sewn on top. 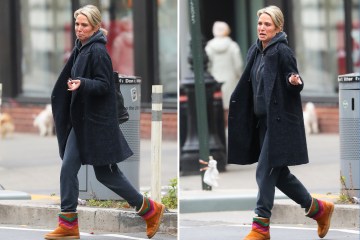 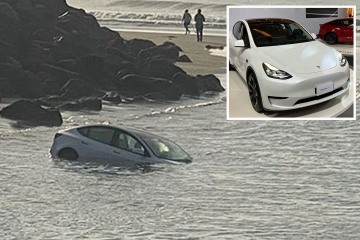 They hung neatly from a series of hooks designed to look like Santa’s sleigh and reindeer.

Not all news on the site expresses the point of view of the site, but we transmit this news automatically and translate it through programmatic technology on the site and not from a human editor.
James2022-12-12
16 3 minutes read
Facebook Twitter LinkedIn Tumblr Pinterest Reddit VKontakte Share via Email Print

Reviews | The story construction tells about the U.S. economy is troubling

How to watch the Grammys: time, channels and more