LITTLE People fans have been shocked as they believe Matt Roloff has leaked footage of Jacob’s never-before-seen son.

The TV personality took to his Instagram on Friday to share a video of himself working on the family’s farmland – showing a young child in the background.

Matt, 60, was seen behind the wheels of a construction vehicle before heading out into the fields to film their progress on the farm.

He rotated the camera several times to reveal a young child climbing into the vehicle and strolling outside.

Little People Big World fans were immediately sent into a frenzy as they were sure Matt had leaked footage of his son Jacob’s baby boy.

Jacob, 25, welcomed son Mateo Tomas last year with wife Isabel Rock, and has yet to show his first child’s face on social media. 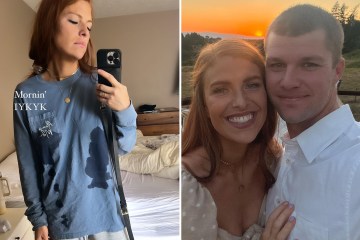 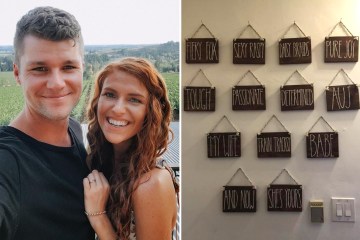 Addressing comments to the video, one fan asked, “Is this Jacob’s son?” as a second explained it was just “old videos”.

“Old video. Jackson was just a toddler,” they said, confirming that it was Tori and Zach Roloff’s son Jackson, five, in the clip.

A third agreed: “Aw, do you miss the times with Jackson when he was little? Memories for a loving grandfather.”

It comes after Matt posted a rare full photo of Jacob and Isabel’s newborn son Mateo during their recent visit to the family farm.

The eight-month-old, who was wearing a gray jumpsuit, planted his fingers on Matt’s cheek as they rode together on a construction vehicle.

The toddler appeared to be staring at the steering wheel of the construction vehicle as he faced the camera.

Matt said he was showing his grandchild “the ropes” while preparing for the upcoming pumpkin season.

Patriarch Roloff also shared a snapshot of his son Jacob as he checked out the “newly replaced front axle seals”.

Jacob and Isabel welcomed their son, Mateo Tomas, in December 2021 – with his name in honor of Isabel’s late brother, Tomas Garreton.

The musician tragically died on September 3, 2012, at the age of 25, when he fell from a freight train.

Jacob’s reunion with his father came after his brothers were unable to take over the Roloff family farm as their plans failed.

Jacob’s brothers Jeremy and Zach, both 32, couldn’t agree with the patriarch, who finally decided to put the 16-acre plot of the famous family farm up for sale in May.

According to the Wall Street Journal, Matt fetched around $4 million with the sale of “the original family home and bright red barn.”

His two eldest sons were angered by their father’s decision, especially since they wanted to keep the property within the family.

Zach slammed the sale and called out his dad for being a “bad grandparent” who “doesn’t appreciate his family.”

Not all news on the site expresses the point of view of the site, but we transmit this news automatically and translate it through programmatic technology on the site and not from a human editor.
James4 days ago
12 2 minutes read
Facebook Twitter LinkedIn Tumblr Pinterest Reddit VKontakte Share via Email Print

Ian is getting stronger in a major chat. 3 hurricane overnight, track is approaching central Florida