KYLIE Jenner showed off her cleavage in a new video this weekend as she celebrated Halloween.

The mom-of-two flaunted her curves in a super low-cut outfit as she dressed up and partied with her sister Kendall Jenner.

While posting on TikTok on Saturday, Kylie, 25, shared another one of her Halloween looks.

The reality star wore her hair half dyed light blonde and dressed in a plunging sheer white dress.

She accessorized with matching white gloves, though fans couldn’t tell if her costume was a nod to Cruella de Vil or The Mummy.

Kylie lip synced to a quote from the Disney movie Tangled, in which Mother Gothel says, “You want me to be the bad guy? Well, now I’m the bad guy. 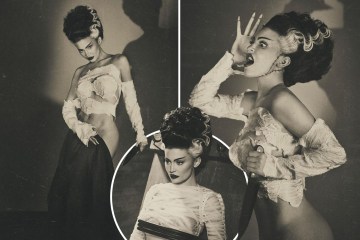 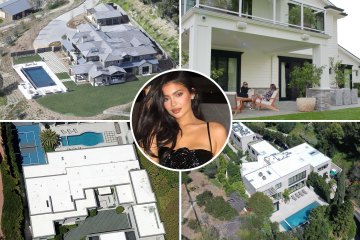 The Kylie Cosmetics boss added Billie Eilish’s bad guy song and flaunted the revealing outfit with a variety of poses and angles.

When the video ended, Kylie was sitting in the car and her sister Kendall leaned over from the passenger seat.

The model was dressed as Jessie from Toy Story.

Fans were in love with the sisters’ look, and some proposed in the comments that Kylie was “dressing for revenge” amid rumors her baby daddy Travis Scott had cheated on her.

Recently, Kylie shared a variety of sexy photos in some of her most revealing outfits ever.

On Friday, she dressed up as the Bride of Frankenstein, showing off her bare hips and buttocks in a custom Barely There costume.

Kylie posed for stylish but spooky black and white photos on Instagram in which she brandished a knife and showed off her best scream queen poses.

Last week, the cosmetics boss took to Instagram to show off in a little black dress that showed off her cleavage and legs.

In the caption, she wrote, “In your dreams,” which some fans thought was a dig at Travis’ alleged mistress Rojean Kar.

The Instagram model claimed the Sicko Mode star, 31, “cheats on that b***h every f**king night”, referring to the mother of her two children.

However, the rapper denied being unfaithful and responded to Rojean’s claims via Instagram last weekend, writing, “I don’t know this person. I have never been with this person. So please stop with the continuous cyber games and fictional storytelling.

Kylie and Travis share a four-year-old daughter, Stormi, and an eight-month-old son, whose name is unknown.

For Sunak, like Biden, dullness could be a secret weapon