KOURTNEY Kardashian has shared a diet hack with her fans amid her sisters Kim and Khloe’s extreme weight loss.

The reality star, 43, encouraged her followers to drink coffee because it burns calories in a new post on her Instagram Stories on Monday.

Kourtney posted a photo of a cup of coffee and wrote, “Caffeine burns calories.”

The mother-of-three added a link to an article titled ‘This and Other Calorie-Burning Tricks’ on her lifestyle website, Poosh.

Kourtney’s post comes as fans grow increasingly concerned about the shrinking frames of her sisters Kim and Khloe in recent months.

In June, Kim, 41, and Khloe, 38, were accused of undergoing secret plastic surgery to trigger their recent drastic weight loss. 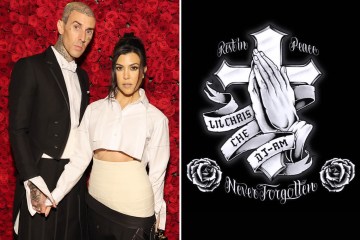 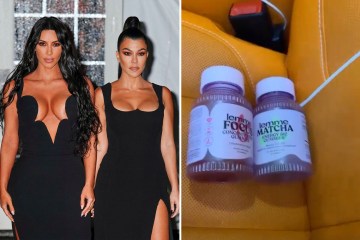 A surgery blog speculated that the two sisters had had an endoscopic sleeve – which is a new type of minimally invasive weight loss procedure.

The SurgeonMadeCurves Instagram account shared a photo of Kim looking slim in a tiny bikini while on vacation.

Thet wrote: “Getting vibes that she and Khloe did the endoscope sleeve but not sure.

“For those wondering, they cut your stomach like a mini sleeve but they go through your mouth/throat.”

Kim has worried about her shrunken figure since admitting she lost 16 pounds in three weeks to fit into Marilyn Monroe’s iconic dress for the Met Gala in May.

She recently hit back at criticism of her weight loss, insisting she lost weight the “healthy way”.

“If I was starving and doing it really unhealthy, I would say, of course, that’s not a good message,” the Hulu star told Allure.

“But I had a nutritionist, I had a trainer. I never drank more water in my life.

“I don’t see the criticism for other people when they’ve lost weight for roles – they’re [considered] geniuses for their craft.

The star added: “There’s so much out there that isn’t accurate or true.”

In June, the Keeping Up With the Kardashians alum admitted she lost even more weight after going on a super-strict diet.

She said on the TODAY show: “It actually taught me a lot about my lifestyle and my health, and since then I’ve continued to eat very healthy.

“I mean, I’ve lost 21 pounds now. I’m not trying to lose more weight, but I have more energy than ever.”

Khloe has also raised concerns in recent months with her dramatic weight loss.

The 38-year-old showed off her tight abs and slim physique on social media and on the red carpet.

Fans aired their theories that her weight loss was due to heartbreak earlier this year.

Tristan had an affair with Maralee when he was supposed to be mutually exclusive with Khloe – with whom he shares a daughter True and a baby.

Not all news on the site expresses the point of view of the site, but we transmit this news automatically and translate it through programmatic technology on the site and not from a human editor.
JamesSeptember 20, 2022
16 2 minutes read
Facebook Twitter LinkedIn Tumblr Pinterest Reddit VKontakte Share via Email Print

Who is Maria Dolores, Cristiano Ronaldo’s mother? – The American Sun