KIM Kardashian showed off her real skin with fine lines and imperfections in a new video.

She posted an unedited clip as she visited a plastic surgeon in Beverly Hills.

Taking to her Instagram Stories, Kim, 41, took fans behind the scenes of her latest facial.

The reality star showed off her makeup-free face as she lay on the table to receive a laser procedure.

Fans could make out her pores and natural skin texture in the close-up video.

As the doctor explained, Kim was there to receive a treatment that would even out the pigmentation in her skin. 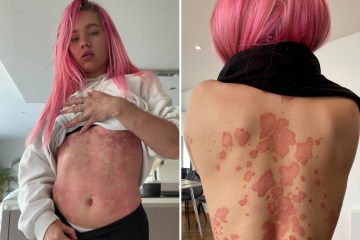 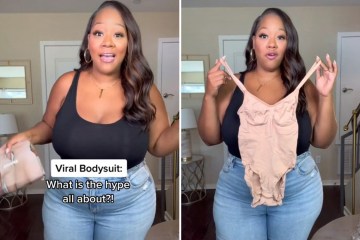 “It literally looks like your skin has an after filter,” he told Kim’s followers.

Kim had her hair rolled up with numbing cream applied to her face.

For the treatment, her skin was coated with a different ointment while her eyes were covered with two gray discs when the clinician applied the laser.

In the text, Kim explained; “I’m obsessed with skincare, facial treatments and laser so I wanted to share what it is.”

The Hulu star launched her own skincare line, SKKN, in June.

Since then, she has been keen to show off her natural skin texture to her social media followers.

Earlier this month, she gave fans a glimpse of her blemishes and dark circles under her eyes in another unedited video.

Kim posted the clip to show off the effects of her brand’s moisturizer, which costs $85 for a 1.6oz bottle.

Fans have also seen the true texture of Kim’s skin as she has been photographed on various outings over the past few weeks.

She showed off her blemishes and the wrinkles under her eyes when she appeared on Today to promote her new beauty business.

While Kim still looked stunning, the SKIMS mogul was significantly less retouched than in her social media photos.

Her natural complexion could also be seen in rare never-before-seen photos taken during her recent trip to Paris.

Kim was in the French capital to walk the runway as a model for her favorite designer Balenciaga.

Democrats staged a showdown over a notorious tax loophole