Kardashian Fans Theory Kim and Kanye West Are Officially Back Together, Rekindled Romance Will Air on ‘Hulu Special’

KARDASHIAN fans are sharing a theory that Kim and Kanye West are officially back together and the rekindled romance will air on the next season of the Hulu show.

Kim, 41, broke up with Pete Davidson, 28, after nine months together, leaving fans wondering if Kimye is back.

Fans have taken to the internet to discuss Kim’s split and wonder who the star will date next.

Although many fans are fully convinced that Kim and Kanye are already back together.

One fan posted on a forum: “The statement ‘she and Kanye are happy to co-parent’ felt like a test of the waters with the PR movement.”

Another shared: “My thoughts exactly. He mentions their divorce is still ongoing. Cue the romantic reconciliation… 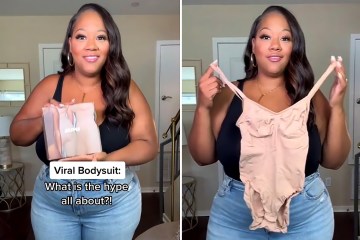 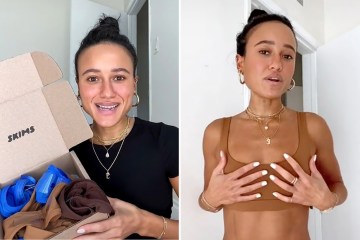 “HUGE PR for their Hulu show, maybe even a Hulu special. Kim and Kanye: ReKonnekted.”

A third commented: “Low-key, that would be a 4D chess PR move.”

Kim and Pete have called it quits after nine months of dating, and the split was first reported by E! News that the former couple have decided to remain just friends.

A source close to the couple tells E! News that Kim and Pete still have “a lot of love and respect for each other” after their split.

The source said they couldn’t manage their busy schedules and the relationship from a distance, adding, “It made it very difficult to maintain a relationship.”

A second source told PageSix that the age difference between Kardashian and Davidson contributed to their breakup.

“Pete is 28 and Kim is 41 — they’re just in very different places right now,” the source told the outlet.

“Pete is totally spontaneous and impulsive and wants her to fly to New York, or wherever he is at any time.

“But Kim has four kids and it’s not that easy. She has to focus on the kids.”

The source added that Kardashian was “totally exhausted from this relationship and other things going on in her life.”

Their breakup comes as Davidson is on location in Australia filming Wizards and Kardashian is raising her four children.

Many are hoping that Kim will get back together with her ex Kanye West, if she hasn’t already.

Others, however, think the mother-of-four could fall back into the arms of another rumored former flame – Van Jones.

The CNN political contributor was first linked to her legal mentee after filing for divorce from Kanye in 2021.

The duo met through their shared interest in social justice causes and worked together on criminal justice reform, helping to free Alice Johnson from prison in 2018 after she was jailed for life for a first offense related to Drugs.

Now, fans are speculating that the two are reforming their love lives.

“Nobody cares about Pete and Kim’s PR relationship, when we all know she’s quietly dating CNN’s Van Jones,” one person tweeted.

Another agreed: “Can Kim Kardashian just go public with her relationship with Van Jones now?”

While a third shouted: “So Kim and Pete were a publicity stunt. We all (saw) this coming….but her real man is Van Jones.”

But last year, shortly after the rumors first spread, Kim was quick to shoot them down, addressing the speculation on Keeping Up With the Kardashians’ The Final Curtain Part 1 reunion show.

She said there was nothing going on between the two and that, if anything, the speculation helped Van’s love life.

“Van texted me and said, ‘This rumor got me so many dates and I’m so grateful, so I owe you this,'” the SKKNS founder admitted.

In an April 5, 2022 episode of his podcast, Uncommon Ground with Van Jones, the reporter said, “I know it was so weird, I was like, ‘No, we’re just working to try to get people out of jail,’ but it was a cool rumor.”

Kim chimed in and replied, “So many people asked me too and I was like, ‘You guys…I need a minute before I go out. You know ? Give me a minute, at least.

Van told PageSix of the speculation, “I never commented on the rumors that me and Kim Kardashian were dating because I thought it was absurd.”

Since dating theories were debunked, the two have remained good friends and continue to work together on social justice causes.

If not Van, fans are ready to see KimYe return.

Kim has hinted that she is back with Kanye.

The SKKN mogul filed for divorce in 2021, resulting in several months of public fallout with the rapper.

Fans are hoping the end of Kim’s relationship with the King of Staten Island star will mean she and Kanye get back together.

After the Keeping Up With the Kardashians alum took to Instagram to promote Kanye’s Yeezy fashion line, several commenters speculated about her relationship status.

One fan commented, “Kimye forever,” and another exclaimed, “KIMYE IS BACK.”

Kim recently hinted that she and her husband are back, although the relationship has yet to be confirmed.

Last week, Kim posted a photo of herself in a bikini bottom and matching white top that read “The Incredibles.”

Many fans have noted that Kanye has in the past given a confessional interview sitting next to Kim, referencing the animated film.

“It starts with the interviews, the superheroes give interviews. The woman has a big ass, and I just see our lives becoming more and more like ‘The Incredibles’ until we can finally fly” , he said, laughing. .