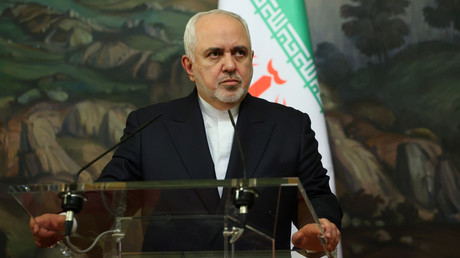 Despite fierce opposition from the US administration, Tehran has made it known that Iran now considers the UN arms embargo to have expired. “A great day”, according to Iranian diplomacy.

“As of today, all restrictions on transfers of arms, related activities and financial services to and from the Islamic Republic of Iran, as well as all prohibitions on the entry or transit of Iranian citizens and military officials in the territories of United Nations member states are all automatically lifted. ” With these words, and in a press release issued on October 18, 2020, the Iranian Foreign Ministry announced that it considered the UN embargo against the Islamic Republic to have expired, including on arms.

Set up during the Vienna agreement on Iranian nuclear power (JCPoA for Joint Comprehensive Plan of Action, Common Comprehensive Plan of Action), this embargo, which expires in principle “on the fifth anniversary of the date of adoption of the Plan of Action [JCPoA]”, Ie on October 18, 2020, mainly prevented the sale of arms and heavy military equipment to Iran by virtue of the resolution 2231 adopted on July 20, 2015 unanimously by the Security Council. The Iranian ministry highlights in the document “a great day for the international community which, in defiance of the efforts of the American regime, protected the resolution 2231 of the Security Council, as well as the JCPoA”.

Iran accuses US of regional destabilization

As a result, Iranian diplomacy specifies in its statement: “The Islamic Republic of Iran can therefore obtain the necessary weapons and equipment from any source without any legal restriction and solely on the basis of its defensive needs. [et] may also export defensive armaments on the basis of its own policies. “

In addition, the ministry criticizes the behavior of the United States – which had tried several times in recent months, without success, to have the embargo extended by the Security Council – and urges them to “abandon their destructive approach to vis-à-vis resolution 2231 “, recalling that the American demands had been” categorically rejected “on several occasions in recent months and accusing the United States of” destabilizing Western Asia “.

On August 14, in a press release posted on its website, the UN explained, for example: “The Security Council today rejected by 2 votes against, 2 votes for and 11 abstentions, a draft resolution presented by the United States, in which he would have [été] decided that the arms embargo and travel ban imposed on Iran by resolution 2231 of July 20 on the Joint Comprehensive Plan of Action [JCPoA] on the Iranian nuclear issue, would have continued to apply notwithstanding the duration specified for each of the sanctions, but “until the Council decides otherwise”. “

As such, the Iranian Foreign Ministry adds that it reserves “the right to take all necessary countermeasures to guarantee its national interests” in the event of a “substantial violation of the resolution and the objectives”, for example a unilateral extension of sanctions.

“The normalization of Iran’s defensive cooperation with the world is a victory for the cause of multilateralism, peace and security in our region,” Iranian Foreign Minister Javad Zarif said on Twitter. . “Weapons in Iran have always been defensive. They did not start wars and did not sow corruption […] Our objectives are always peaceful and defensive, ”he also argued.

Since the American withdrawal from the JCPoA decided by Donald Trump in May 2018, the United States has continued to question the agreement concluded in Vienna in 2015, arguing that it does not present sufficient guarantees to prevent Tehran from acquiring nuclear weapon. Charges swept aside by Iran, which denies having ever wanted to have such an arsenal. Donald Trump even called the JCPoA “the worst deal ever negotiated”.

The fact remains that now, in theory, states should be free to sell arms to Iran. Moscow, for example, did not hide its desire to develop its military cooperation with the Islamic Republic after the lifting of the embargo.. “The expiration of the” arms embargo “against Iran on October 18 will undoubtedly facilitate our interaction with Tehran in this area [la coopération militaire]. Certain prospects are opening in this direction, “declared Levan Dzhagarian, Russian ambassador to Iran, on October 18 to the Interfax agency, assuring that” Russia invariably acts in strict accordance with the norms of international law and strictly respects its obligations ”.

China, which like Russia voted against the American resolution presented to the UN Security Council in August, has also shown interest in the Iranian market and could become one of Tehran’s main arms suppliers, despite the decision. US to extend sanctions against Iran.

an “agency” linked to al-Qaeda calls for “individual jihad”…

Night of riots in Philadelphia after death of African American armed with knife,…