With the same patience as when she makes furniture from plant fibers, Mirna Rivera is studying the steps to follow to transform her family business, launched 25 years ago, into a private company, a model finally authorized in Cuba since Monday.

“We don’t have enough information to get started,” regrets Mirna, 49, who still hesitates.

After years of waiting that made some people lose hope, the government approved the existence of small and medium-sized enterprises, which can be public or private, and relaunched non-agricultural cooperatives, which had been on hiatus for four years.

Monday, the day the law came into force, 75 cases were filed. “A very good start”, welcomed the Minister of the Economy, Alejandro Gil.

Armed with a knife, Mirna’s nephew, Angel La Rosa, 38, removes the bark from a branch of guaniquiqui, a tree whose fiber will serve as the basis for the armchairs, tables, baskets and box springs that his family makes.

Elsa, her sister, makes a basket. “We do this as a family, we are more or less 20-25 people to work and each one does it individually, on order,” Mirna told AFP.

Indeed, for lack of private companies in Cuba, each operates with a self-employed license, almost the only way to earn a living outside the state.

The members of this family business live in four adjoining houses, on an avenue in Havana where passers-by admire their furniture, inspired by a Vietnamese technique.

In Cuba, private companies disappeared in 1968, when Fidel Castro began to apply the Soviet state model and nationalized them as part of his “revolutionary offensive”.

But he himself had to reverse the disappearance of the communist bloc and, from 1990, admit private work, foreign investment and openness to international tourism.

Today, if the Cuban economy remains 85% state-owned, there are more than 600,000 private workers, mainly in services (restaurants, taxis, repairs, etc.): they are the ones who should give the impetus to new private companies.

But the Covid-19 pandemic plunged Cuba into its worst economic crisis since 1993, with “a devastating impact on the private sector”, more than 250,000 private workers having suspended their activity in the absence of tourists, tells AFP Oniel Diaz, director of the consulting firm Auge. 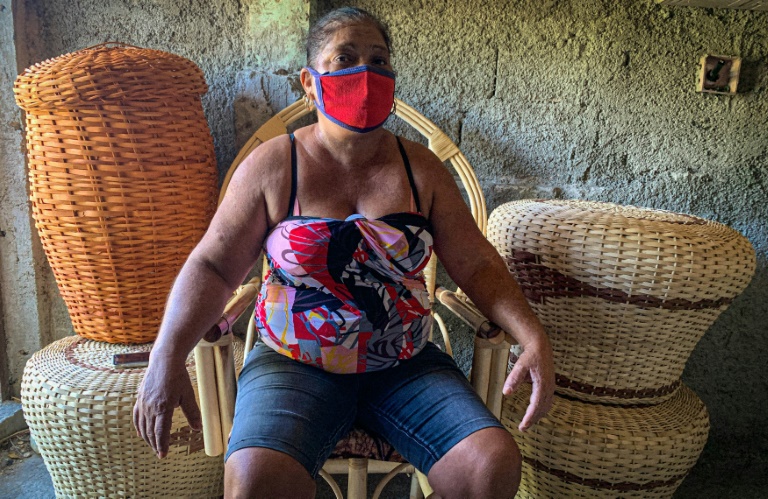 Mirna can attest to this: “The pandemic has really affected us. The problem is that now there is a lack of raw materials, ”the trucks carrying it can no longer move from one province to another.

The youngest employees therefore go, alone, to the countryside “to see if they can bring back a little, a bag or two, and we survive like that”.

According to Oniel Diaz, these difficulties have however contributed to “reconfigure the private sector”, which has reoriented itself towards production and technologies, activities hitherto “hidden under various licenses, totally unsuitable”, but which now have a new opportunity: to transform into businesses. 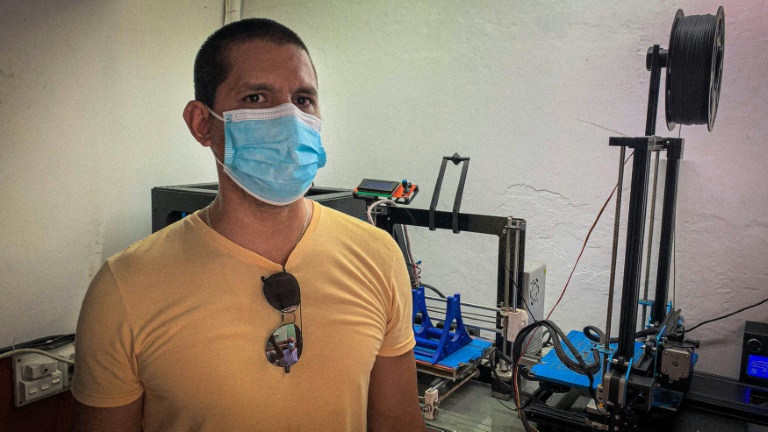 This is the case of Abel Bajuelos, 42, a percussionist who reinvented himself in a small room of four square meters at the back of his house. Now “I sell digital manufacturing services”, he explains, in other words “3D printing”.

He claims to be able to manufacture “everything that can fit in the machine”, the 3D printer, such as spare parts but also faithful reproductions of damaged human bones, to allow doctors to study various solutions before the operation.

Self-employed, Abel has already applied for the creation of a company of six people, called “Addimensional”.

The authorities promise to respond within 25 days, but many candidates are skeptical, given the usual sluggishness of the Cuban bureaucracy. The lack of credit mechanisms for these projects is also worrying. 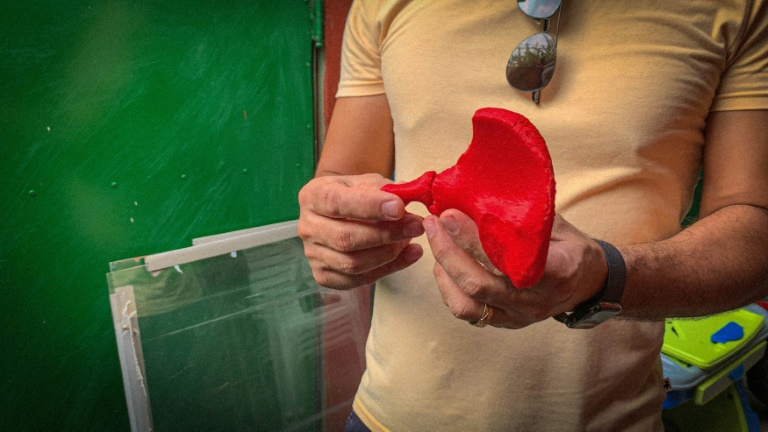 Abel Bajuelos shows a reproduction of a hip prosthesis made by a 3D printer in Havana, September 20, 2021 (AFP – ADALBERTO ROQUE)

“What’s important is that there will be no turning back, so what to do now is work,” says Abel. A few weeks ago, President Miguel Diaz-Canel came to visit him to encourage him.

Technologies are precisely one of the priority sectors set by the government for these companies, along with food production, the export of goods and services, local development projects and recycling.

What are the side effects of the flu shot? | KTAB