A FORMER carer has claimed she is now earning 33 times her old salary from side hustle – and all she does is chat with people.

Latiesha Jones, 21, started camgirling at 19, while studying for her criminology degree at the University of Salford and working as a sales assistant for supermarket chain Tesco.

After finding herself ‘easily’ earning £300 an hour, she began to consider setting up her own agency – Latiesha’s live.

Latiesha, from Manchester, UK, said: “It was so empowering, and I loved being able to earn so much in just an hour or two of talking to someone.

“People just like to talk about their lives and it’s a variety of people – from business people to family members.

“Sometimes they’ll ask you to show your boobs, but you do what you’re comfortable with.” 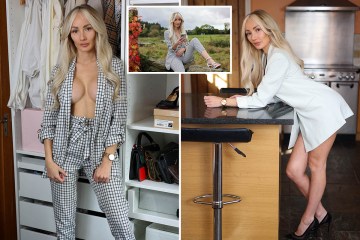 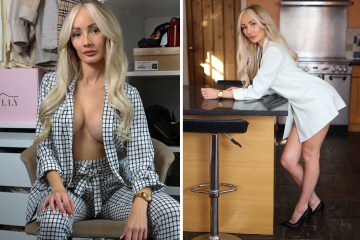 In August 2021, she decided to give the agency a shot and put together Latiesha’s live with 15 women on board.

“I had been camgirling for a while so I could advise girls what to put in their profile and how to handle callers,” she said.

“At the beginning, I was still working as a nurse’s aide, which was a lot of work in a week.

“I quickly realized that I just wanted to focus on camgirling and my agency – and it was financially viable.”

In November 2021, Latiesha took the plunge to quit her job and take on the agency full-time.

“It was kind of on a whim, but I wanted to spend my time on it,” she said.

“It was up and down for a while because you could do a stroke one day and have a leisurely one the next.

“But now we are doing very well and we had one of our best months yet.”

“I’ll have a 30 minute chat with someone, and the payment will cover my bills for the month,” she said.

“The girls do what they want, so they can remain anonymous and work as much or as little as they want.

“I’m honest with them and how we’re doing as a company.”

Most of Latiesha’s family members and friends support her career choice.

“My grandma loves it and she’s always keen to hear more and see how the girls are doing,” she said.

“My twin sister and my friends are also very supportive.

“As far as dating goes, that doesn’t affect me, but I’m looking for older men who are open to me doing my own thing.

“I can meet those who sexualize me excessively because of my career, but I stay away from them.”

Latiesha is now able to work in her free time rather than being limited to a nine-to-five, she said.

“I will never go back on that,” she said.

“But I’m always there for the girls on my phone if they need me.

“It’s a supportive community and I really care about them.”

THE BUSINESS HAS GROWN

Having grown her business with 15 camgirls, she now supports just under 100 women with their profiles and their workload.

It takes 10% from its employees.

Latiesha added: “I love the freedom of it.

“Now I work when I want but I’m always there on my phone for the girls.

“I love giving them the guidance and support they need to feel empowered as camgirls.”