PRINCE Harry has begged his pals and ex-girlfriends to feature in his Spare bomb memoir, sources say.

The Duke of Sussex’s former flames and companions were “stunned” when Harry asked them to speak to his ghostwriter JR Moehringer, it is understood.

And it emerged Harry had to submit his new book more than once before publishers would accept it – sparking fears he has been ‘sexed’ with revelations that will rock the Royal Family.

An editorial source said it was understood Harry received an advance to write the book and then a second installment upon delivery of an “acceptable” manuscript.

Harry – who lives in a California mansion with Meghan, 41, and their children Archie, three, and Lilibet, one – came into contact with former girlfriends over the summer.

His former girlfriends include Chelsy Davy, 37, and actress Cressida Bonas, 33, but it’s unclear if he approached them. 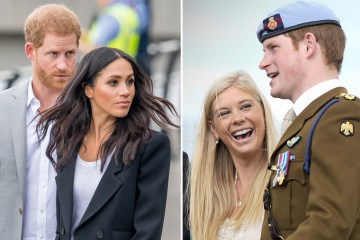 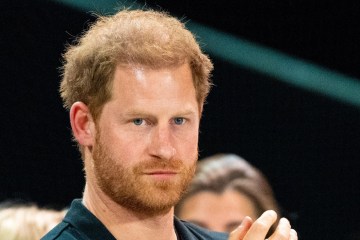 However, it is understood former close associates were stunned to be asked to talk about the more intimate areas of his life, relationships and upbringing.

At least one sent Harry packing – stunned that, after years of being told never to speak to the media, they were then asked to contribute to the book.

A source said: “Harry reached out. Friends and girlfriends were polite and said they would think about it, but in the end most said no.

“It was quite ironic that Harry would hit the roof if he ever had a clue they were talking to the media, but now he wants them to when he needs their help.”

Spare – a dig into his position in Prince William’s shadow – was given a January 10 release date this week after being delayed by the Queen’s death.

He was originally due out this year on a £35m deal, from which Harry received a £17.5m advance.

So he missed out on the lucrative Thanksgiving and Christmas markets in the United States.

Penguin Random House editors declined to comment, but it is understood Harry, 38, was asked to “revisit” several aspects.

It will raise concerns at Buckingham Palace that the book could reignite rows, including allegations of royal racism, as well as criticism from senior royals including King Charles and Camilla.

A source said: “The book has been back and forth between Harry and JR Moehringer and the publishers a few times.

“They wanted more than what was in the first draft, and then Harry wanted to refine things after the Queen died.

“But there have been additional back and forths that people don’t know about. This is because the publishers wanted more areas covered and more detail on certain things that were already included.

“There is a real concern that this means Harry has had to gender the book and include revelations that even he might not be comfortable with.”

It is feared he will expand on the claim he and Meghan made to Oprah Winfrey that a family member wondered what their son Archie’s skin color would be.

The way the book has been promoted has also raised concerns about what it has to say about mum Diana’s treatment.

The source added: “This could include hurtful criticism.”

The Royal Family are bracing for more ‘truth bombs’ amid fears Harry will go ‘completely rogue’ in the memoirs, prompting ‘drastic’ retaliation from King Charles.

And now sources have suggested Harry wrote the book because he can’t spend his life trying to please the Royals.

An insider told the Sunday Telegraph: “You can’t always live your life trying to make your family or siblings happy.

“You have to choose your own happiness.”

They said the book would ‘target’ members of society – including the King – when Harry addressed ‘genetic pain and suffering’.

It comes after a royal expert claimed King Charles could strip Prince Harry and Meghan Markle of their royal titles over the ‘bombshell’ book.

Harry has reportedly barely spoken to his brother, Prince William, since news of the memoir emerged.

And any rift should be made worse if Harry returned to Britain to promote his explosive memoir.

Not all news on the site expresses the point of view of the site, but we transmit this news automatically and translate it through programmatic technology on the site and not from a human editor.
James2022-10-30
0 3 minutes read
Facebook Twitter LinkedIn Tumblr Pinterest Reddit VKontakte Share via Email Print

Ukraine calls for evacuations from area under Russian control

Joint patrols resume in northern Syria amid tension with Turkey