has intelligence underestimated the tensions at the Collège du Bois-d’Aulne? – RT in French 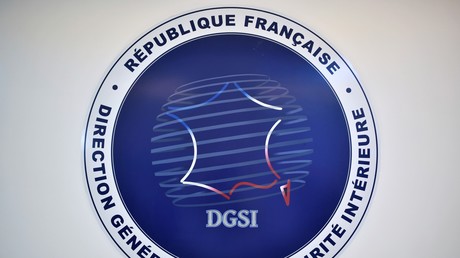 Marianne and Le Point have revealed the existence of an intelligence note concerning the tensions at the Bois-d’Aulne college, written shortly before the assassination of the professor. The agents then judged the situation “appeased”.

A survey published by Marianne October 17 reveals that an intelligence note, entitled “Incident in connection with the principles of secularism within the Bois-d’Aulne college in Conflans-Sainte-Honorine”, considered the situation “appeased” on October 12, four days only before the sinister decapitation of Samuel Paty, professor of history, near the college where he worked.

The document traces, day after day, the conflict that erupted in the school. The conclusions of the note reported by Marianne and Point emphasized that “within the college, no major tension is[étaient] palpable, both on the side of the educational community and of the parents’ federations, which while recognizing a certain clumsiness of the teacher, does not [désavouaient] not for all that. ”

However, the confidential document of the branch of the DGSI of Yvelines already made reference to many observations made by the public prosecutor, Jean-François Ricard, the day after the macabre assassination of the professor of history and geography. In particular about the strong tensions which agitated the college, he pointed out the troubled role of an Islamist preacher, Abdelhakim Sefrioui, filed for radicalization and arrested as part of the investigation.

Thus, the police incident report dated October 7 reported that the principal of the college had received “anonymous messages of protest. via the establishment’s mailbox ”. One of them directly questioned the administration of the establishment: “faced with the current climate in France where a climate of Islamophobia has set in, why do you seek to divide from an early age?” In addition, a parent of a student was concerned with the administration of the “discrimination” that his daughter had suffered “put aside on the pretext that she was Muslim”, during the class where the teacher had shown the cartoons. of Charlie hebdo.

Invited to come and explain himself to the young girl’s family, the professor apologized “if he had been clumsy”. The territorial intelligence note also pointed out that a YouTube video showing the father of one of the students, Brahim C., had fueled tensions within the college. Tensions which were “mainly due to the C family” continued the note, while specifying that the leaders of the local Muslim community had not come forward.

Prosecutor Jean-François Ricard, for his part, provided a clarification during his press conference about Brahim C’s half-sister: left in 2014 to join the Islamic State organization in Syria, she is the subject of a search warrant. However, the prosecutor has not publicly established any link between the father of the family, his entourage and the assailant.

A macabre obsession with beheading

Otherwise, Mediapart reports that Internet users had already spotted the Twitter account of the alleged terrorist, @ Tchetchene_270, on August 30. He had indeed published a photo montage featuring the beheading of a man, for the moment unidentified. A disturbing tweet which was quickly deleted by the future author of the Conflans-Sainte-Honorine attack.

No other element, however, made it possible to make a link with a future passage to the act. The suspected terrorist, Abdoulakh A., was also unknown to the intelligence services. Marianne. Born on March 12, 2002 in Moscow and of Chechen origin living in Evreux (Eure), he held a residence permit issued on March 4, 2020 and valid for ten years.

As part of the investigation opened for “murder in connection with a terrorist enterprise” and “criminal terrorist association”, eleven people were taken into custody. These suspects come from the family circle of the alleged assailant who was killed by police. His parents, his grandfather and his little brother were arrested in Evreux. Also among those arrested are a father of a college student who had had a dispute with the teacher and a couple of relatives. The father in custody is the one who was indignant, in a video posted on social networks, that the teacher showed caricatures of Muhammad “naked” during a lesson in his daughter’s 4th grade class.