There was no time to go to the hospital this week when a Germantown mother gave birth in a home. The police arrived in time.

Officer Justin Pesch, with six years of service, stopped. He says the second he walked out of his team, he heard a woman screaming. Just three minutes later, as he entered the house, baby Mason came out. A joyful reunion, just five days after this young family had an overwhelming experience.

“I tell everyone I went into code mode like that’s what I need. I need towels. I need someone here and I need help “said Christine Rukis, Mason’s mother.

Christine Rukis, a NICU nurse, was on her bathroom floor – her husband Alex on the phone with dispatch.

With his wife in extreme pain, Alex Rukis was trying to stay the course, terrified of what could go wrong right now for his young family, which includes two other boys, Connor and Dillon.

Surprisingly, Officer Pesch was only a few blocks away and rushed over.

“As I was driving there, they said the baby was coming, so I got a little nervous,” Germantown police officer Justin Pesch said.

But the nerves didn’t show, and it came in handy for this couple in times of need.

“I never would have known he hadn’t given birth before, seeing how calm he was, he just managed to calm us down,” Christine Rukis said.

“It was really a crazy experience and he was so small, so cute,” said Officer Pesch. 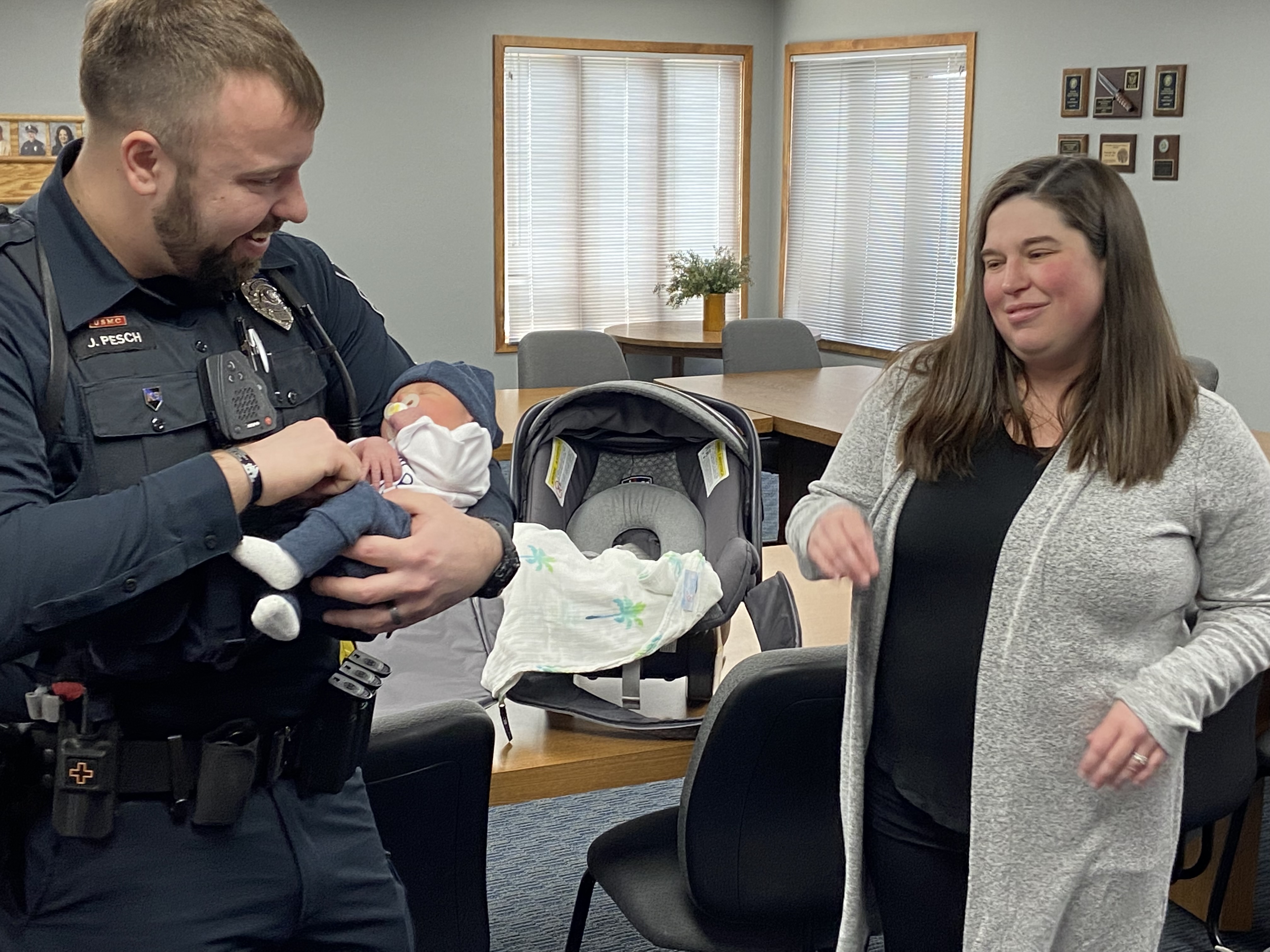 “Giving birth on my bathroom floor was not an idea of ​​a perfect birth for me in any way. He just had to make sure everyone knew he existed, so he had to come in strong,” said Christine Rukis.

After the home birth, baby Mason and his mother took an ambulance to Froedtert where they heard the happy ending, this six-pound, eight-ounce baby Mason is in good health.

Latest Brittney Griner trial updates: Anger as WNBA star is brought to justice in a ‘little cage’ as Russia denies she is a hostage