Does Wembley Stadium have a roof?

As the Lionesses prepare to take on Germany in a historic Euro 2022 final at Wembley, here’s everything you need to know about England’s stadium.

Does Wembley have a roof?

Wembley has a partially retractable movable roof – which has been designed to allow the playing surface to receive maximum sunlight and ventilation.

The roof is over 11 acres, four acres of which are retractable.

There are two partially retractable roof structures at the east and west ends of the stadium, ensuring spectators are covered.

Wembley Stadium does not move the sliding roof while spectators are in the stadium – meaning those on the pitch will be open to the English elements come rain or shine. 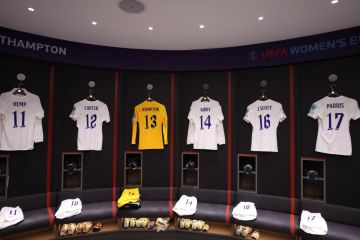 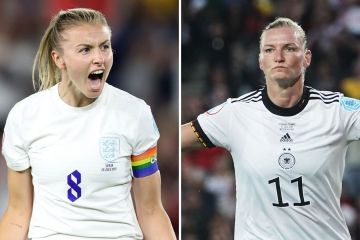 Angus Campbell, the chief architect, also said the aim was for the pitch to be in the sun for matches played between 3pm and 5pm from early May to late June, when the FA and the World Cup would be played.

And it’s not uncommon – many football stadiums don’t have retractable roofs due to construction costs, construction complexity, and the natural light and air requirements of grass playing surfaces.

Where is Wembley Stadium?

The football stadium is located in Wembley, North West London and is the national stadium of England and the home of English football.

And the good news is that the stadium is easily accessible from three different train stations: Wembley Park Station, Wembley Stadium Station and Wembley Central Station.

How many seats are there at Wembley Stadium?

Wembley Stadium is the largest sporting venue in the UK and the second largest stadium in Europe – with 90,000 seats with no obstructed views.

There are 310 wheelchair spaces and 400 press seats.

The rows of seats, if placed end to end, would stretch for 54 kilometers – and each seat has more legroom than there was in the royal box at the old stadium.