A DISABLED woman who was found dead weighing just around 65 pounds was starved to death by her mother and her lover, police say.

Cyra Shantelle Marie Harrison, 25, suffered from cerebral palsy and was found on a mattress surrounded by rotting food and bodily fluids in 2018 in Louisiana.

His mother, Karen Johnson Harrison, 50, pleaded guilty to second-degree murder last year and was sentenced to 50 years in prison.

An autopsy determined that Cyra died of homicide, specifically stunted growth and dehydration due to cerebral palsy and neglect, as reported by Town Talk.

She testified that her husband Glen Elva Maricle, 59, and Karen had an affair and conspired for months to starve Cyra so they could move to Texas. 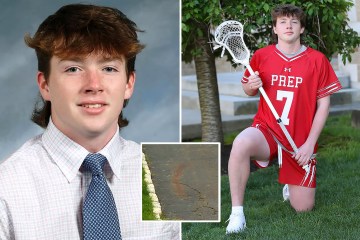 Marilyn allegedly told the police that the reason for the plot was that Cyra “was on their way and they didn’t have time for her”.

Glen was sentenced to 30 years in prison on Monday after pleading guilty to manslaughter, criminal conspiracy to commit second degree murder and criminal cruelty to the infirm.

Cyra’s body was found after police responded to a call about a suspected natural death at the mobile home where the family lived.

The sheriff’s office described the conditions of the homes as “deplorable” and said they were infested with animal droppings, flies and cockroaches.

Karen, Marilyn and Glen were arrested less than a week later.