A 15-month-old girl from Calgary is hospitalized in Edmonton after contracting three respiratory viruses, a condition doctors say is rare.

Ainsley is on ECMO, or heart and lung bypass device, to get oxygenated blood to his heart. She has respiratory syncytial virus or RSV, an adenovirus and a rhinovirus, her parents told CTV News Edmonton in an interview Friday.

They say Ainsley first contracted RSV when she was six weeks old, which left her with a harsh cough.

On November 15, Ami Pineault noticed that his daughter’s cough was getting worse.

She says she took Ainsley to a specialist on November 16.

That night, her daughter collapsed in her arms. She called 911.

Ainsley was put on a ventilator, but she had to be on ECMO.

According to Alberta Health Services, the provincial ECMO program is located at Stollery Children’s Hospital, so Ainsley was flown by STARS Air Ambulance to Edmonton.

AHS says it is standard practice to move children to the Stollery if they need the ECMO machine.

“I think it’s been about 16 days now that she’s been on the machine,” Bergmann said Friday.

But even with the specialist care, Ainsley faced challenges.

On December 3, she accidentally detached from the machine, causing a lack of oxygen in her brain.

“They did CPR for an hour,” Pineault said. “They don’t know what kind of brain damage there is because they have to keep it… so [medication].”

On Friday, the family learned that Ainsley was finally ready to be removed from the ECMO machine.

“Today is really good news that they are moving forward to try and get him out of it,” Bergmann said.

The toddler will be kept on a ventilator and undergo a brain scan on Saturday to check for brain damage from lack of oxygen.

“She’s come a long way in the last week and a half, she’s definitely a fighter.”

“Three viruses at once is pretty rare, not something we see often,” Dr. Tehseen Ladha, a pediatrician and professor at the University of Alberta, told CTV News.

“It is extremely rare to end up on ECMO with any of these three viruses alone.”

But she added that it had been a difficult year for the children.

“This season we’ve definitely seen more co-infections, and when I see co-infections I mean kids who are infected with more than one virus.”

Ladha says doctors have been fighting for preventive measures to stop the spread of viruses.

“Of course the kids will get viruses, but it’s not a typical season,” she said.

“It’s so important that we mitigate some of this transmission to reduce the number of children who end up in hospital or end up with serious outcomes.”

“LIFE IS ON BREAK”

Pineault and Bergmann have three other children at home in Calgary. They drove home every three days to spend a day with them, before returning to Edmonton to be with Ainsley.

They live at Ronald McDonald House in Edmonton, but between gas, food, childcare and interrupted income, they say trips to Edmonton have been costly.

“With Ami and I being here, our income isn’t quite what it was before all of this, and I would like debt collectors to understand the situation,” Bergmann said. 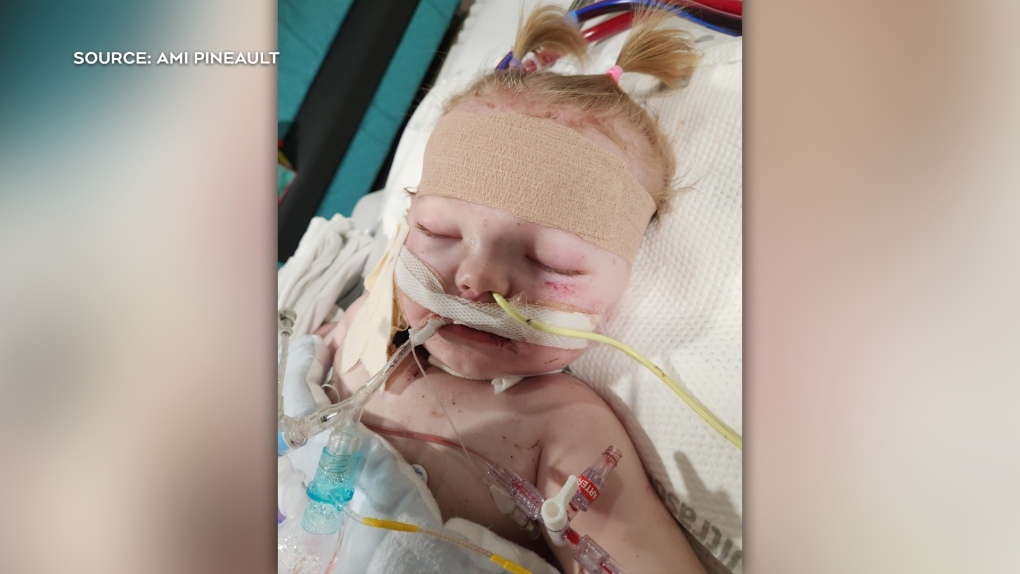 Ainsley, 15 months, uses an ECMO machine, which removes blood from his body and oxygen before putting it back in. (Credit: Ami Pineault)

A family friend created a GoFundMe page to cover his expenses.

“The GoFundMe is there, I guess, to help life go on while life is on pause right now.”

While waiting to see how Ainsley improves, the couple have advice for other parents.

“It’s hard to say, but in times like this, for us, there might have been no tomorrow,” added Bergmann.

“Never push anything away. Try to address your little ones as soon as you can.

With files from Jessica Robb of CTV News Edmonton.

Not all news on the site expresses the point of view of the site, but we transmit this news automatically and translate it through programmatic technology on the site and not from a human editor.
Sara2022-12-11
26 3 minutes read
Facebook Twitter LinkedIn Tumblr Pinterest Reddit VKontakte Share via Email Print

The ethics of true passion for crime under debate