A BRITISH tourist has been killed in a horrific paragliding accident near an 8,500ft high mountain peak in Spain.

The 50-year-old’s body was taken away by a police helicopter after an incident on the southern slope of a peak called Pico Gallinero in the Aragonese Pyrenees.

The Civil Guard was alerted around 1:30 p.m. Thursday and officers from the Greim mountain rescue team intervened while a police helicopter was mobilized.

They reportedly discovered two other people performing CPR on the unnamed Briton when they arrived at the scene, but he died due to the severity of his injuries.

The causes of the accident are currently under investigation.

The top of the mountain is not far from where British hiker Esther Dingley was found dead last year after going missing. 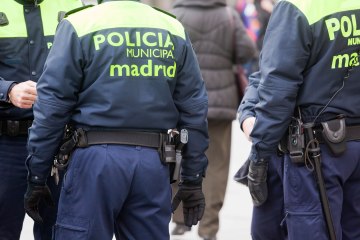 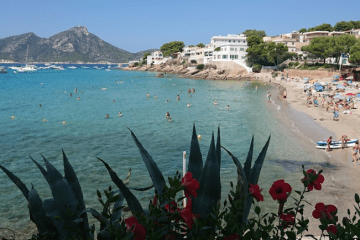 Esther, 37, is believed to have fallen after putting on worn-out walking shoes without spikes.

The Oxford graduate attempted a solo trek from Spain to France over the mountain range in November 2020.

The same mountain rescue team based in the Pyrenean town of Benasque that took part in the search for Esther took part in Thursday’s operation.

The body of the deceased is now in the Provincial Hospital of Huesca and an autopsy should take place within the next 48 hours.

The southern side of the Gallinero peak, which is in the municipality of Castejon de Sos, is considered a take-off site for paragliders wishing to enjoy spectacular views of the Pyrenees, including Spain’s third highest mountain, the Aneto.

In June, a 52-year-old Barcelona man lost his life in a previous paragliding tragedy at virtually the same location.

Reports at the time linked the tragedy to possible human error.

Not all news on the site expresses the point of view of the site, but we transmit this news automatically and translate it through programmatic technology on the site and not from a human editor.
James2 days ago
15 1 minute read
Facebook Twitter LinkedIn Tumblr Pinterest Reddit VKontakte Share via Email Print

Students say they were ‘tricked’ into attending twisted religious event

The Queen ‘reprimanded Meghan when she lashed out at a caterer preparing a special vegan wedding menu,’ an insider claims