TWO British drug traffickers who attempted to import £570million worth of drugs into Australia by yacht have had their plans shattered by a massive seal.

Graham Palmer, 37, and Scott Jones, 38, have been jailed for more than 20 years for their role in the plot to smuggle a ton of cocaine, ecstasy and methamphetamine into the country.

The couple were sentenced by the Supreme Court today, alongside the rest of the group, American Jason Lassiter, 47, Australian Angus Jackson, 53, as well as skipper Antoine Dicenta who is not yet been sentenced.

The five men attempted the elaborate scheme in September 2019 after settling the details in Thailand, ABC News reported.

Dicenta and Palmer picked up £553m worth of drugs from the 15m yacht named Zero.

During the transfer of the drugs, Dicenta accidentally started recording and was later heard in court saying, “You have to put it in before the other boat comes…it’s not cocaine , it’s something else, it’s not heavy at all.” 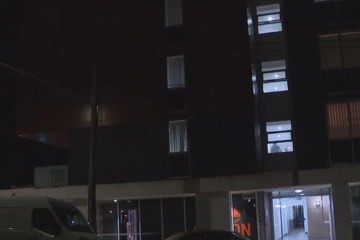 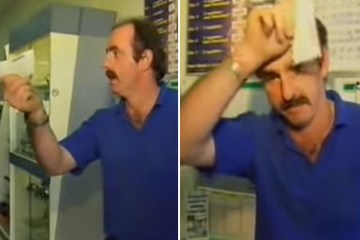 After traveling for six weeks in Western Australia where they were supposed to transfer the transport to another boat called DW 140, they both got stranded.

Zero drifted onto a reef near Stick Island, which is located in the Abrolhos group of islands about 60km west of Geraldton.

They were all arrested by cops after fishermen spotted the vessels and alerted authorities.

Dicenta and Palmer attempted to flee to Burton Island but encountered a huge elephant seal blocking their path.

Geraldton Volunteer Marine Rescue vice-commander Damien Healy told ABC radio at the time: “When they got to the island the guys ran to their annex. [drugs] and there was this big, huge sleeping seal between them and the tender.

“They woke him up and he jumped up with his big chest and yelled at them.

“Guys basically had a choice to go through the seal or get arrested – and they ended up choosing to get arrested.”

Cops found 40 bags of drugs hidden under seaweed and arrested Palmer and Dicenta.

Their three accomplices will be arrested a few days later in Perth.

Western Australia Police say they have ‘seized around a tonne of illicit drugs on a small island off the coast of Geraldton after receiving public information about a yacht apparently in distress and the unusual movements of its crew’ .

They were all taken into custody and claimed they were on a “boys fishing trip”.

But they were all found guilty by the court.

Jackson and Lassiter were sentenced to 33 years in prison, with 23 years without parole.

Judge Corboy said that although the men were not the organizers of the operation, they acted as couriers in the “very sophisticated” import.

Minnesota commits to improving access to housing for people with disabilities