Sant’Agata Bolognese, June 28, 2021 – Lamborghini’s environmental policy is an integral part of its business strategy, based on a holistic vision and comprehensive approach encompassing the products, the Sant’Agata Bolognese site, production lines and offices. The production site covers an area of 160,000 square meters, and in 2015, it obtained CO2 neutral certification, which was maintained even after its size was doubled in recent years. The “Direzione Cor Tauri” plan, named after the brightest star in the constellation of Taurus that symbolizes the House of Sant’ Agata, will lead to the decarbonization of future Lamborghini models and the production site, while always remaining faithful to the brand’s values and DNA.

The environmental sustainability program started by Lamborghini in 2009 has given rise to numerous projects and led to important results. Here are five that you might not know about yet:

1. Approximately 330 tons of CO2 absorbed by the Lamborghini Park since 2011

The Lamborghini Park in Sant’Agata Bolognese was developed in 2011 in collaboration with the municipality of Sant’Agata Bolognese and the universities of Bologna, Bolzano and Munich, with 10,000 oak trees planted. Studies show that in the intervening years, 90 tons of carbon equivalent to a total absorption of 330 tons of CO2 have been sequestered thanks to the park.

2. Annual reduction of 2,000 tons of CO2 thanks to a 14,600-square meter photovoltaic system, the largest in Emilia-Romagna 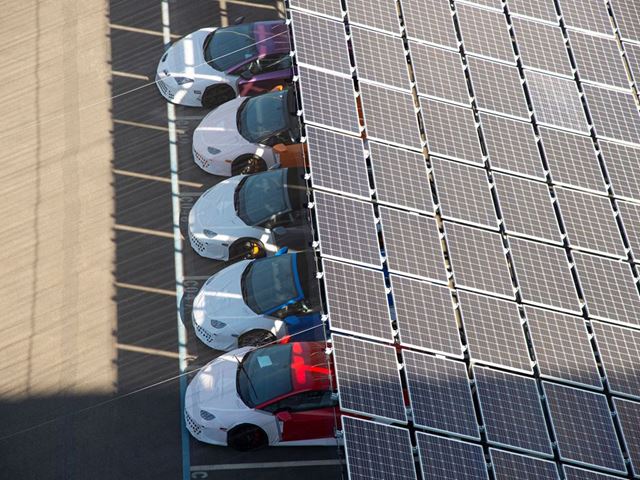 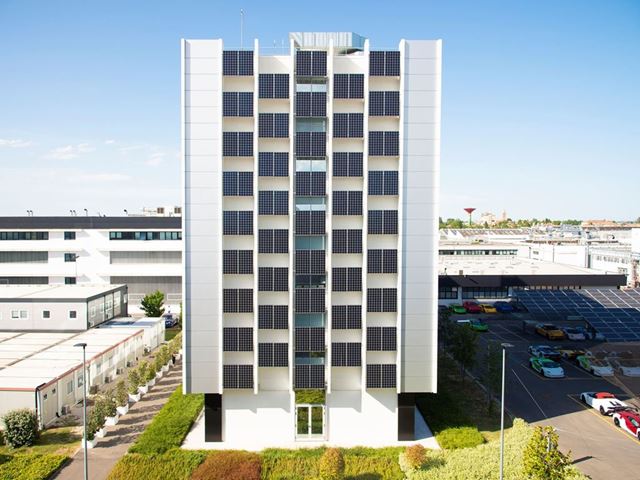 Created in 2010, Automobili Lamborghini’s photovoltaic system enabled a reduction of 2,000 tons of CO2 per year. The installation covers an area of 14,600 square meters and is the largest integrated photovoltaic system in the industrial sector in Emilia-Romagna.

With 2.2 MW of power, it produces an average of 2,500,000 kWh of electricity per year, which is equivalent to the annual consumption of 530 apartments measuring approximately 100 square meters. 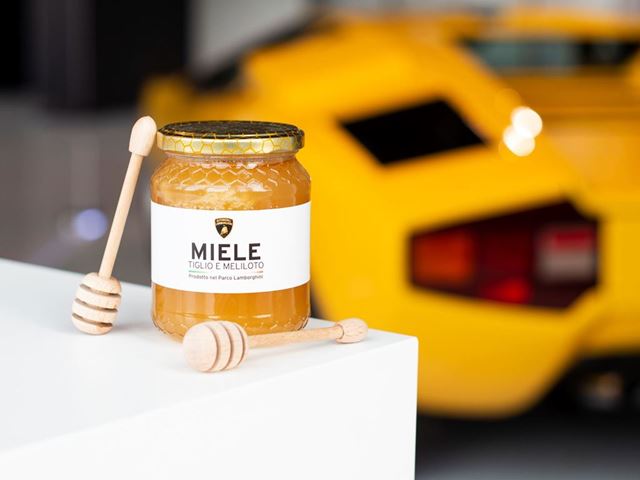 Since 2016, the Lamborghini Park in Sant’Agata Bolognese has carried out environmental biomonitoring activity, which included the installation of an apiary composed of thirteen hives, with a total population of some 600,000 bees, of which 120,000 forage in the territory. Analysis of honey, wax and the bees themselves allows detection of environmental pollutants and is instrumental in controlling pollution in the environment surrounding Lamborghini’s production plant and the inhabited area of Sant’Agata Bolognese.  In Automobili Lamborghini’s environmental biomonitoring station, three of the thirteen hives in the apiary are dedicated to producing honey. Each year, 430 kg of certified Lamborghini-branded honey are produced and distributed to employees as a Christmas gift. 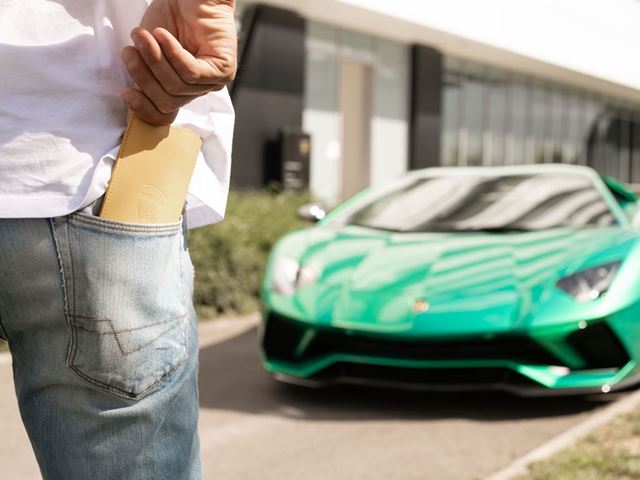 In 2020, Lamborghini initiated the recovery of 56% of all the special waste produced by the production activity, thus preventing these materials from being sent to landfill or other disposal processes. In addition, during the year the company launched two circular economy projects that have allowed it to give a second life to certain production waste materials that, instead of being disposed of, are exploited to become new resources with benefits for the environment and society.

The part of carbon fiber that can no longer be industrialized is delivered to the Experis Academy technical institute in Fornovo di Taro, which reuses it for educational purposes, with the aim of training technicians to be experts in the processing of carbon fiber composite materials. The process waste is also used internally to create by-products such as souvenirs for customers and guests during events organized by Lamborghini.

The leather that does not pass quality controls and residual material that cannot be used due to its size or the presence of small natural defects, is given a new life by being transformed into small, customized leather goods. This activity was developed thanks to an agreement with the Cooperativa Cartiera in Marzabotto (province of Bologna), an organization that recovers leather and fabric by-products otherwise destined for the landfill. All the accessories derived from the waste materials are available exclusively in the Lamborghini Store in Sant’Agata Bolognese.

5. District heating system capable of heating the equivalent of 156 apartments of 100 square meters each year 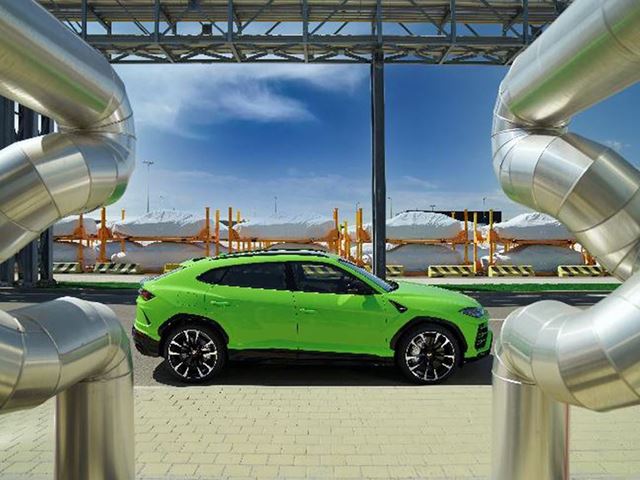 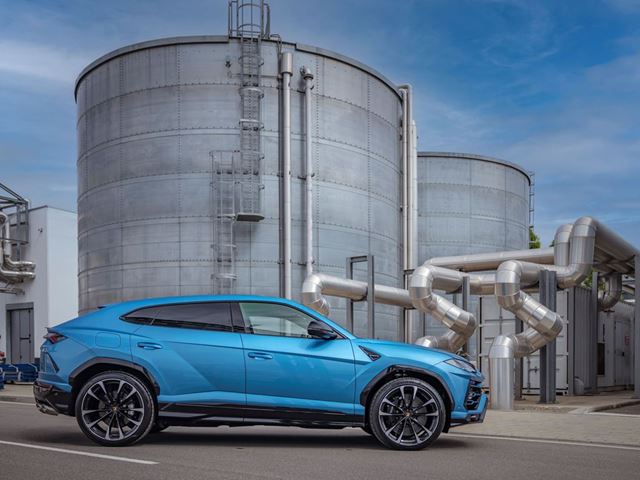 Automobili Lamborghini is the first company in Italy in the automotive sector to have a district heating system, which annually supplies 2,500,000 kWh of thermal energy, which is equivalent to the annual energy requirements to heat 156 apartments measuring 100 square meters. This system supplies hot water from a biogas-powered cogeneration plant located in Nonantola (about 6 km away). The hot water (at 85°C) produced by the plant is carried through underground pipes to the facility. Here, the thermal energy supplied is used for air-conditioning in the production departments and offices.

Automobili Lamborghini has launched the new monthly format “Focu5on – 5 things you don’t know about…”, a way for telling stories through anecdotes and curiosities not shared before, with the aim to involve and describe what lies behind the scenes of products and projects and to share the more unusual and lesser-known elements of a company that is much more than just a carmaker of global excellence.

Floyd would be alive if not for restraint