As he wandered through the red zone of the Ottawa protest site, David Freiheit appeared shy of the welcome he received, but also energized by it.

People wanted pictures with him, hugged him with supportive whispers in his ear, and treated him like a celebrity. He was livestreaming for hours at a time, his quick legal mind providing commentary between interviews with people drawn to the protest and him.

But Rumble had the hometown advantage during the trucker protests, though many of the tens of millions of people who check out the video-hosting platform each month may not know it’s Canadian.

“I find it hard to keep it to myself now because things have fallen off a cliff in terms of rational speech and rational behavior from the political elite,” he told W5.

His fans knew him from his video channel hosted on rumble.com, as well as numerous subscribers on YouTube and Facebook.

CEO Chris Pavlovski tells the story of Rumble’s founding in just about every interview he gives, mostly to conservative US media. It’s more like that. In 2013, upset that YouTube was making it harder for everyday content creators to earn a living, Pavlovski created a competing platform. It left more money in the hands of creators and was supposed to act as an agent in selling viral videos to bigger tech companies, advertisers and broadcasters.

It wasn’t a very lucrative business, but until 2019 it was enough to support a young family in Toronto and work alongside long-time friends.

Today, Rumble has been valued at US$2 billion as it prepares to go public on NASDAQ, and Pavlovsky is poised to become a multi-millionaire if the deal goes through as he hopes. So what happened?

Trump has arrived. When the January 6 riots at the US Capitol led major social media platforms to ban the former US president and some of his most nefarious allies, their followers discovered Rumble and Pavlovski vowed never to shut them down , to apply editorial standards to their messages or to verify them. For Pavlovski, free speech meant completely open debate — and as long as that debate wasn’t overtly hateful, racist, or allied with known terrorist groups, it could live on Rumble.

“We don’t want to tell you what’s right or wrong. We’re not going to get involved in fact-checking,” Pavlovski told Freiheit in a recent appearance. “We don’t want to be involved in any sort of editorialization of your content. You can have the discussion you want to have without any obstruction from us. 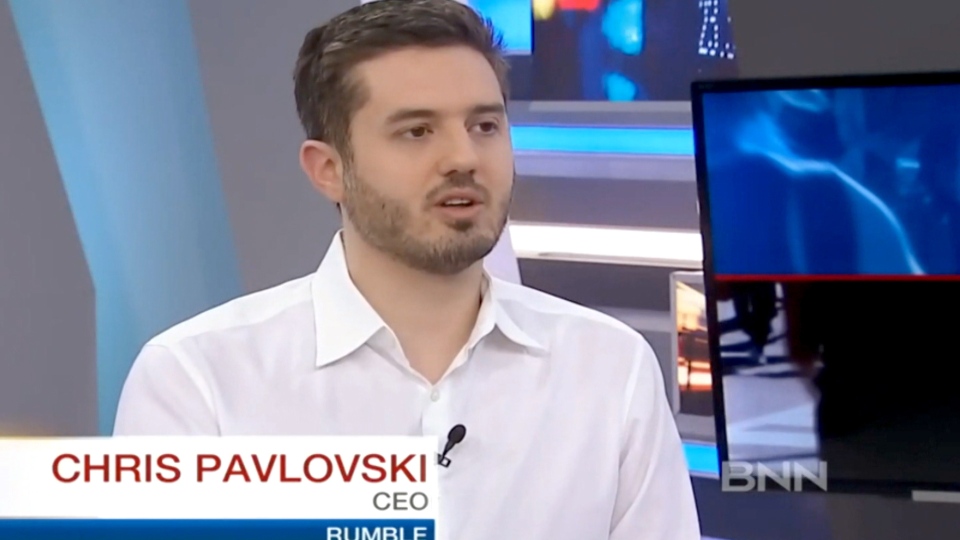 But a W5 investigation into Rumble tests Pavlovki’s characterization of his video platform as “neutral.” And while some search terms for known white supremacist organizations, such as Proud Boys, allege that no videos exist on Rumble, when using different keywords, there are video posts that appear that have been banned on other platforms.

For three months, W5 made multiple requests to Rumble, its ad agencies, and direct requests to Pavlovsky to comment on what our analysis revealed, all of which went unanswered.

The shy Canadian entrepreneur, however, is much more willing to talk to America’s conservative media elite, making regular appearances to pitch his pending stock offering to the public.

Over the past three months, Rumble has funded mergers with other conservatively-leaning sites, creating an entire media ecosystem. There’s a Facebook-like platform, an Amazon-like cloud, a Shopify-like shopping system, and this week, a beta-testing Twitter-like app hosted by Rumble.

This app comes from Donald Trump’s new media company and is called, some might say ironically, TRUTH Social. Pavlovski now proudly calls Rumble “the proof of cancel culture” and is embraced by Republican politicians and hopefuls gearing up for an intense political season in the United States.

Meanwhile, in his home country, the trucker protests have boosted Rumble’s subscribers in Canada to nine percent of all the site’s viewers globally. But Pavlovski may be on the verge of moving his business out of his home country, settling in Florida instead. That state’s Republican Governor, Rick DeSantis, has embraced Rumble’s anti-Big Tech message, and local politicians are receiving lucrative incentives to set up shop there.

But for now, Rumble says its headquarters remain in a small office in downtown Toronto, although when W5 visited the door was locked and no one answered when we knocked.

The video site continues to be a home for largely conservative commentators, conspiracy theories and, yes, cute cat videos. But as trucker protests wane, Rumble is now well positioned to play a prominent role in the upcoming US legislative and presidential elections, having added many new Canadian viewers attracted by its anti-elite and provocative content.

ABNB Stock provides no shelter in the stock market storm