The White House has declared monkeypox a public health emergency. In the past two weeks, California, New York and Illinois have already made the same declaration, and many other states are sounding the alarm. However, with the Joe Biden administration finally issuing this executive order, public health officials have more flexibility to act. The Washington Post notes that a second statement is also under consideration. Under it, public health officials could “expedite medical countermeasures, such as potential treatments and vaccines, without going through full federal reviews.” Details are still emerging but one thing is clear; the United States is about to see a new focus on monkeypox vaccines. This means an influx of demand for the companies that produce them. Investors are already pricing top monkeypox stocks.

The Covid-19 pandemic is not over, but the United States is already entering a new vaccine boom. But the delayed rollout of the vaccine continues to raise questions. CNN reports that the United States has delayed a large-scale vaccine order for fear that the shots will expire before being administered. Federal agencies are exploring new ways to deliver vaccines more efficiently, but supply shortages are causing problems. For the US government, the best chance of stopping the spread of the virus is to provide more vaccines. The White House knows this, and it will work with vaccine makers to ensure the rollout is expedited.

Let’s take a look at the vaccine stocks that will benefit the most: 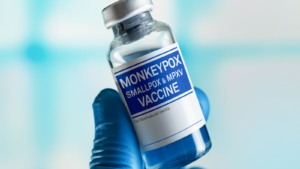 As the name suggests, Bavarian Nordic (OTCMKTS:BVNRY) is not an American company. But the Danish pharmaceutical producer quickly established itself as a leader among monkeypox stocks. It became a household name very quickly when the United States and other countries began placing large orders for vaccines. Bavarian Nordic produces JYNNEOS, a non-replicating vaccine that is one of only two licensed treatments for monkeypox in the United States. Unless other treatments gain this type of federal approval soon, Bavarian Nordic will see significant demand from one of the largest markets in the world. But it has already benefited from rising global demand. In early June, the company secured a lucrative vaccine contract with Canada. More recently, he signed an agreement to supply 350,000 doses of JYNNEOS to an “undisclosed APAC”. [Asia-Pacific] country”

Right now, the biggest hurdle for Bavarian Nordic will be keeping up with demand. But with the threat of monkeypox continuing to mount, the Dutch government could take steps to help the company increase production. Bavarian Nordic has already carved out a place for itself as the market leader among monkeypox stocks. It’s grown over 90% in the past six months and still has plenty of room to grow. The fact that it produces one of the only treatments with regulatory approval from US agencies makes it a clear stock to buy for the monkeypox vaccine boom. 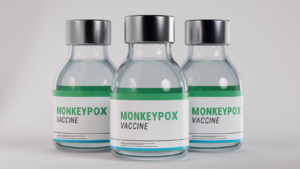 For investors looking for monkeypox stock at an even lower price, GeoVax (NASDAQ:GOUVX) offers a tempting opportunity. This US-based biotech company recently fell on its second-quarter earnings report, but that doesn’t mean it won’t pick up. GOVX stock soared in June 2022 on growing monkeypox fears. When its CEO noted that GeoVax’s vaccines had “been validated and registered for [the] Prevention of Monkeypox Virus Infection,” the stock quickly surged. Despite this week’s drop, stocks are still up 344% for the month. As InvestorPlace Contributor Chris MacDonald noted, “If demand for vaccines were to remain high, there is a significant potential market for GeoVax vaccines.

Given the rate at which cases are spreading, demand for monkeypox vaccines is unlikely to go anywhere. This means that the potential market highlighted by MacDonald will only grow. As noted, Bavarian Nordic may be the industry leader among monkeypox stocks, but GeoVax has a clear advantage. As a US-based company, it will benefit from policies aimed at helping vaccine makers increase production. And since the Biden administration considers monkeypox a public health emergency, it has strong pressure to help American companies produce more vaccines to keep the virus from getting worse. As the midterm elections approach, another public health crisis is the last thing Democrats need. 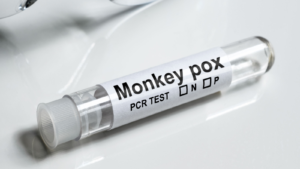 Vaccine markers aren’t the only ones benefiting from the monkeypox epidemic. Applied DNA Sciences (NASDAQ:APDN) is a molecular technology company that has become the undisputed leader in monkeypox testing. The little-known title turned heads this week as it embarked on a truly impressive push. As of this writing, he is on course to end the week with 800% gains over the past five days. “The announcement of the tests and the subsequent increase in the stock of APDN comes against the backdrop of growing concern over the increase in monkeypox infections,” reports InvestorPlace contributor Josh Enomoto. “Therefore, robust testing mechanisms may enable government agencies to better control and manage this latest outbreak.”

Applied DNA Sciences is becoming the Quest Diagnosis (NYSE:DGX) of the monkeypox boom. Covid-19 escape stock helped bring testing to the masses. Now Applied DNA Sciences is set to do the same. Despite such a surge this week, it is still trading at the low price of just over $6 per share. That’s a godsend considering how much further it may increase as cases of monkeypox continue to spread. It should be on everyone’s list of monkeypox stocks to buy as the United States determines its response to the virus.

At the date of publication, Samuel O’Brient held (neither directly nor indirectly) any position in the securities mentioned in this article. The opinions expressed in this article are those of the author, subject to InvestorPlace.com publishing guidelines.